Conor McGregor made his big return to the UFC last month. Things didn’t go his way, as he was stopped with strikes in the second round by Dustin Poirier. New reports claim that McGregor vs. Poirier 3 is being targeted for this summer.

This fight makes sense right now. These two men each hold a win over the other. Just about everyone is curious to see how the trilogy would play out. Now is the perfect time to talk about this interesting situation at lightweight.

The UFC tends to do things its own way. Under normal circumstances, a champion is stripped of their title as soon as they announce retirement. That has not been the case with Khabib Nurmagomedov, though.

After his incredible submission win over Justin Gaethje in October of 2020, Khabib announced his retirement from MMA. It was a shock for many fans to hear. “The Eagle” is still in his early-30s and is widely considered the best pound-for-pound fighter in MMA.

Not everyone believes he is truly stepping away from the sport. Some feel Khabib is simply taking a break, waiting for a true number-one contender to emerge. There’s even a chance he ends up waiting for a fight against former welterweight and middleweight champion, George St. Pierre.

Despite his “retirement,” the UFC is keeping Khabib as the lightweight champion. It’s unprecedented and many of the active fighters in this division are taking issue with that fact. There are several men that are deserving of a shot at the belt.

That includes Dustin Poirier, who is coming off an incredible knockout victory over Conor McGregor this past January. Dustin came into the fight as the underdog by almost all UFC betting sites, yet looked like a world champion once he stepped into the cage. This victory was redemption from the KO loss Poirier suffered against McGregor back in 2014.

Many now feel a rubber match is in order. It seems the UFC agrees. Dana White claims this bout could end up taking place sometime this summer.

Dana White Wants to See McGregor vs. Poirier 3 This Year

Conor McGregor is still the biggest star in all of mixed martial arts. He took the sport by storm back in 2014 and went on one of the most legendary UFC runs ever seen. Since 2017, however, he’s been largely inactive inside the Octagon.

This inactivity seems to have cost him. Conor looked a little off during his most recent fight against Dustin Poirier. It was quite the opposite for “The Diamond” who had competed several times over the past year and looked smooth from the moment the first bell sounded.

Dustin’s leg kicks began adding up and a final flurry of punches against the cage sealed the deal. It was the first time McGregor had been stopped with strikes in MMA. It didn’t take long for fans to begin demanding a trilogy fight.

Dana White is getting on board with this idea. He spoke to the media about the current situation at lightweight this week. During the interview, the UFC President gave a possible timetable to expect this bout.

“Well, when you have two guys that are in their positions—Dustin is the No. 1 ranked guy in the world, you got Conor who is ranked No. 6, and they want the trilogy, you got to go with the trilogy,” White said. “We’re probably going to try to put that fight together this summer.”

Both Conor and Dustin seem open to this idea, too. They know that a trilogy fight would be a massive Pay-Per-View event. That will end up earning both of them some solid paychecks once all the dust settles. We’ll be sure to offer more updates on this possible bout as soon as they come out!

There is Still Time to Bet on UFC 258 Online

Many fans are excited to hear the UFC is looking at a trilogy fight between McGregor and Poirier. It’s a huge fight for the lightweight division. The winner is almost guaranteed to earn a shot at the next title shot.

Tomorrow, the UFC returns to the Apex Center with a massive fight card headlined by Kamaru Usman and Gilbert Burns. UFC 258 also features a variety of important bouts throughout the undercard. Bovada is the perfect place to bet on all the action.

Most fans are choosing to bet on the main event. There is a serious debate raging over how this fight will play out. As former training partners, both have a deep understanding of the other fighter’s go-to gameplan.

Usman enters the main event as the -270 favorite. He has never lost in the UFC; an incredible feat when considering the level of competition that he’s faced. Kamaru probably has the wrestling advantage here and may decide to shoot takedowns if he feels threatened on the feet.

Gilbert Burns has the skills to give any fighter at welterweight trouble. He steamrolled his way to this title fight using elite striking, yet most know him as a jiu-jitsu world champion. With odds of +210, he could end up being a solid underdog bet on this fight.

There are some amazing fights taking place in the near future. Are you excited to see McGregor vs. Poirier 3? Let us know in the comments section below! 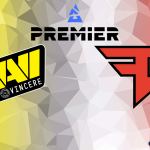