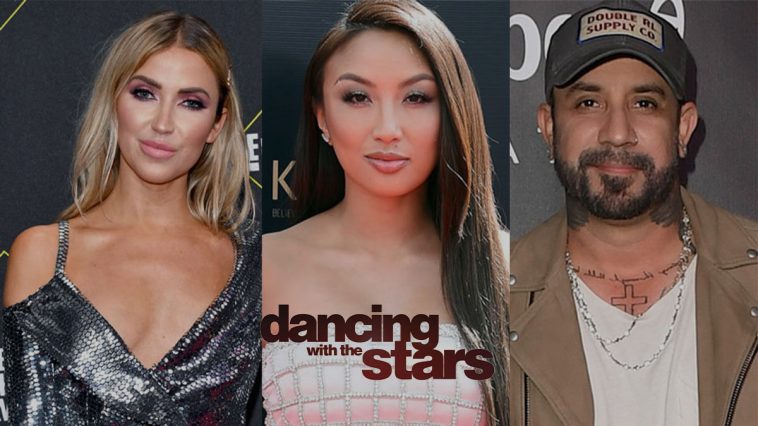 “A dream is a wish your heart makes when you’re fast asleep.” Well, lots of wishful dreaming was done in the third week of DWTS.

The Disney themed night proved to be a little less magical than expected. The performances all lacked a little bit of energy and pizazz.

Judge Derek Hough mentioned a lack of energy in several performances. While there was a noticeable drop in energy across all performances, the judges awarded higher scores than their previous average scores of 6.

Take a look at the leaderboard after week 3.

This week, Nev Schulman, host of the show Catfish, received 24 out of 30. Only Johnny Weir received the same high score on Monday night.

Schulman dressed as Captain Jack Sparrow for his Argentine Tango performance. Schulman not only executed the dance well, but Schulman also channeled the quirky mannerisms of Jack Sparrow exceptionally well.

The choreography maximized the musicality of the chosen song. The music made Schulman’s moves seem even sharper and crisper.

This was a significant advantage for Schulman. Nicely done, Captain Sparrow.

Johnny Weir also received the highest score of the night, 24/30. In previous weeks, Weir received feedback that his feet were not moving as they should.

Judges criticized Weir for his inability to transition from gliding on ice to dancing in the ballroom. This week, judges changed their tune.

Judges praised Weir for his footwork and the use of facial expressions. Weir continues to show improvement each week. He will make it to the top 5.

Like Schulman, Bristowe thoroughly surprised me this week. I pegged her for elimination within the top 13.

After this season’s first episode, there has been speculation about her ability to continue performing on the show. Bristowe has a mysterious ankle injury.

If this is how she dances with an ankle injury, the other competitors need to be scared. Bristowe danced to a number from Moana this week.

Her performance garnered lots of praise from the judges landing her at 23/30 points, the second-highest score for the week. Her lines were beautiful, and her execution was nearly flawless.

By now, you have probably guessed I am rooting for Jeannie Mai. This week, Mai danced the Viennese Waltz to a song from the movie Up.

Mai’s footwork looked a lot cleaner this week. Slowing down the music and making the movements bigger gave Mai a chance to showcase her technical skills.

I predict Mai will, at minimum, make it into the final 10. Even her fiancée is asking you to vote for her.

I need me a man to treat me like THIS: https://t.co/aaJpMiAJwz @jeanniemai @Jeezy

However, her performance lacked the energy and excitement the Charleston is known for. Given the score of 19/30 from the judges, they seem to agree with my assessment.

I still have Machado in the top 10. There are still others weaker than her, up for possible elimination.

The judges said McLean brought a Vin Diesel feel to his Aladdin performance. McLean was one of the peppier performances of the night.

McLean’s Quick-Step worked the entire ballroom stage with energy and vigor. There were a couple of moments that could have been cleaner towards the end, but overall, not a bad performance from the Backstreet Boy.

McLean will surely make it into the top 10. With the support of his BSB posse, he will get plenty of fan votes.

McLean is one of the favored picks to win the entire show. If he continues to improve each week, he has a good shot at it. He just needs his improvement to outpace black horse Bristowe and Schulman.

As I predicted last week, Anne Heche and Carole Baskin would be the two up for elimination. Heche’s performance was meh.

This week, Heche danced the Quick-Step to a song from Hercules. As I predicted, Heche would not be able to successfully perform a dance that required intricate fast steps.

She ended up in the bottom two. I rest my case.

“I am stunned. I actually have never ever seen a samba like this. If you were dancing with the Brooklyn Bridge, you could get more bounce. You just walked through it. Samba needs bounce and energy. You cannot sleepwalk through it.”

I think Bruno’s face says what we all felt while watching @carole_baskin #dwts pic.twitter.com/9Qu1hEUwXn

Tonioli gave the performance a 3. Baskin walked away with a total score of 12/30. The judges unanimously eliminated Baskin.

I wondered how many animal-themed songs the show could come up with for Baskin. I guess the answer to that question is now three.

When asked how she felt about the elimination, Baskin replied,

“My husband is going to be so happy I’m coming home.”

With Baskin out of the way, the predictions get a little harder to make. I predict the two up for elimination next week will be Anne Heche and Nelly.

After being in the bottom 2 for 2 back to back weeks, Heche promises herself she will do better.

“That’s never going to happen to us again.” – Anne Heche

She may think she will do better, but the chances are slim.

Heche is very boring to watch. In the last week’s article, I mentioned Heche has a small following in comparison to her competitors. She is much less famous than the rest of the cast.

Looking at Twitter alone, it is apparent the rest of the cast has a bigger following. Heche is barely mentioned on Twitter in conjunction with DWTS. She has a limited pool of people who will vote for her.

I hate predicting Nelly will be in the bottom two next week. However, each week I watch Nelly perform with a nice smile and great rhythm.

While Nelly understands musicality, his movements are extremely tiny. He hits the steps at the right time, but with such small movements, it looks like he is not doing much on the dance floor.

Nelly’s Disney performance was no different than his other performances. Nelly needs to be more grandiose in his dance moves if he wants to survive week 4.

Heche and Nelly will be up for elimination next week. Favored picks McLean and Weir have some catching up to do. Bristowe and Schulman will continue to perform strongly.

You have my thoughts. Go make your bets at the top entertainment betting sites. Circle back next week for additional commentary and thoughts on the season.

Dancing With the Stars Week 3 Recap With Week 4 Predictions (2020) originally appeared on LegitGamblingSites.com 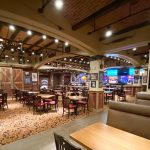