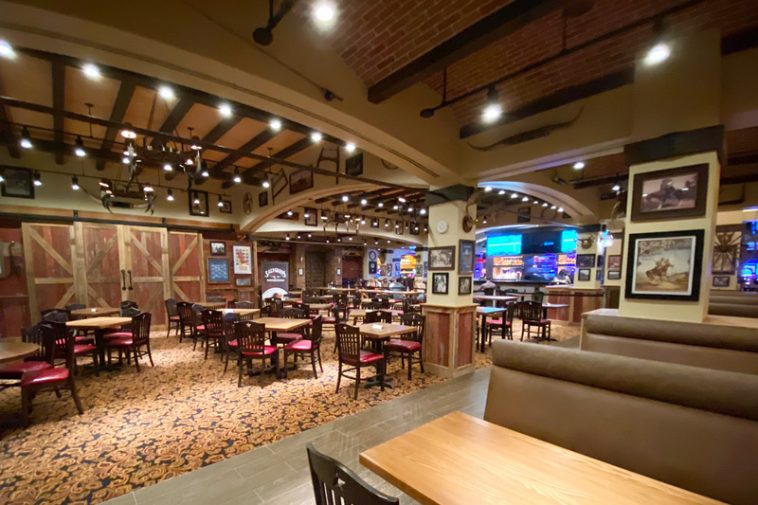 Grotto has moved into the former Lillie’s Asian Cuisine restaurant space, in the hotel’s Carson tower. Lillie’s closed in Oct. 2019.

There will be a quiz. As the old Vegas adage goes, you can never have too much meat.

Saltgrass was poised to open several months ago, but then the pandemic happened.

It appears casino officials now believe demand has returned enough to sustain both its steakhouses.

Saltgrass is also more kid-friendly than the fancier Vic & Anthony’s, despite our best efforts. The genus name for saltgrass is “distichlis,” which sounds like it could very well be the German word for “distillery,” so we’re good with it.

The price points at Saltgrass are appealing, with our go-to (nine-ounce) filet for $34.49. There’s also a crowd-pleasing selection of chicken and ribs entrees, as well as sandwiches and seafood.

Find the full menu on the official Golden Nugget site.

We’re anxious to try some of the signature cocktails at Saltgrass. Oh, who are we kidding with “some.” Saltgrass is in the Landry’s family of restaurants, owned by Tilman Fertitta, as is the Golden Nugget. The chain has more than 80 locations across the country. Vegas Vic is next door to Golden Nugget, so they’d better stock up on Howdy Podner Burgers. Which should be a thing.

At the moment, reservations are by phone, but will soon be available on Open Table. Saltgrass kept Grotto’s little side dining area with a great view of the pool, with its shark tank and a number of people with a little too much body confidence, all due respect.

While we haven’t been to Saltgrass yet, we’re looking forward to a visit. Landry’s has the mid-level restaurant game down, and Golden Nugget has one of the best dining mixes in town. 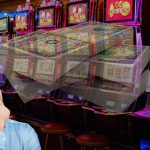