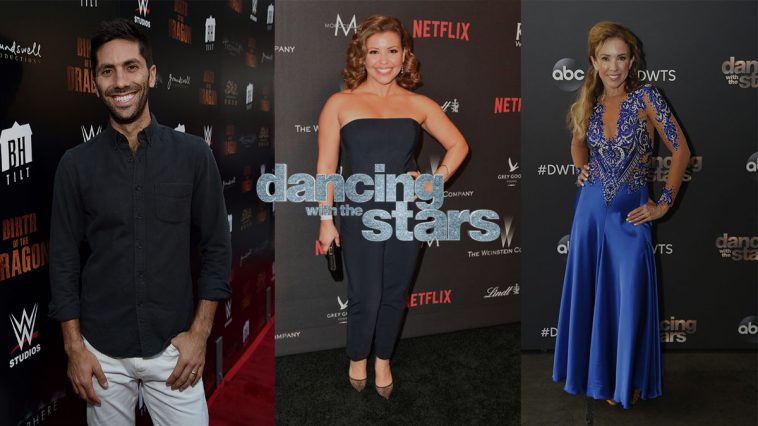 While the theme was 80s night, it should have been Jazz and Tango night. Over half of the routines were Jazz or Tango.

With so many of the duos dancing the same type of dance, judges were able to separate the good from the bad. Comparing apples to apples has that effect.

Take a look at the overall leaderboard after week 5.

A Lot of Firsts for Weir

Johnny Weir danced the first contemporary dance of the season to Total Eclipse of the Heart. While Weir seemed to struggle through rehearsals last week, his partner Brit mentioned contemporary dance is the dance most like figure skating.

Struggle was the last word on everyone’s mind as Weir gave an outstanding contemporary performance. “Connecting, projecting, emoting. What you’re doing now which is the sign of an artist, you really give dance a meaning,” Bruno shares.

Weir received his first ten this week. He scored nearly a perfect score with a 29/30.

Nelly and Daniella Samba
I agree that it was actually his best dance so far, you could tell he had fun in it, and he had great swing, and it was very proper samba choreo. At times, he would seem a bit more bouncy than the samba would require, but it was still so great! #DWTS

Schulman is a shockingly good dancer. Are you wondering where he got his dancing chops from?

On this week’s episode, Schulman reveals his parents enrolled him in an afterschool dance program. The dance program helped him redirect his ADHD energy.

While he danced over 20 years ago in the program, Schulman clearly did not forget what he learned. This week Schulman scored 26 points with his Quick-Step to AHA’s Take on Me.

This dancer’s consistent performance will land him in the final 5.

Tonight’s magic score was 24 with over a third of the dancing duos receiving this score.

The judges seemed to give this score for simple routines that were executed cleanly. In other words, this was the score given to feel good performances where the judges did not have a lot of technical commentary.

All the Jazz routines received this score tonight. The only Samba and Waltz routines this week also received a solid 24.

Machado received positive feedback from the judges. She gave a strong performance with a surprise water ending.

Justina and Sasha killed it. This was awesome #DWTS pic.twitter.com/hea0916jUZ

Perhaps Mai’s biggest selling point is her personality on the show. Judge Carrie Ann calls Mai “the most exciting performer on the show.”

Tonight, Mai popped her prop cherry by including a bathtub in her Like a Virgin routine. Lifts and acrobatic stunts dotted the cute bubbly dance routine.

The routine was clean and simple. It was a feel-good dance, but nothing to write home about.

Skai Jackson Goes Back to the Future

Last week, Jackson gave an emotional performance dedicated to her deceased friend, Cameron Boyce. The performance left the judges and the audience in tears.

Jackson scored a 28 last week with her emotional performance. This week, Jackson returned with a Marty McFly inspired costume, dancing to The Power of Love.

Like the other jazz routines, Jackson’s choreography includes some acrobats and lifts. Judges commented on her need to focus on proper dismounts.

Overall, Jackson’s performance landed her in the middle of the pack this week. Last week she had the top-scoring performance.

Judge Derek Hough dispelled the common myth that slower dances are easier to execute. According to Hough, control of feet and frame make slower dances much more challenging.

No worries though BSB fans. This Backstreet Boy will be back next week.

While I pegged Nelly for a bottom performer this week, I was pleasantly surprised by the rapper’s performance. Nelly’s Samba to Rhythm of the Night showed a different side of the performer.

Last week, judges praised him for finally having his breakout performance. One questioned lingered on my mind: could he replicate this energy?

Nelly proved that he could. Even the judges noticed.

“That was your best dance ever. It was legit samba,” praised Hough.

Nelly moved his hips the way Samba demands you move them. His movements seemed bigger and more confident.

Nelly and Daniella Samba
I agree that it was actually his best dance so far, you could tell he had fun in it, and he had great swing, and it was very proper samba choreo. At times, he would seem a bit more bouncy than the samba would require, but it was still so great! #DWTS

While Nelly is not in my top 10 list, he will survive a couple more episodes if he continues to improve.

Kaitlyn Bristowe continues to be a judge favorite. The petite former Bachelorette channeled her inner Tiffany as she danced to, I Think We’re Alone Now.

Bristowe delivered a clean Tango, seamlessly hitting her musical marks in the song. While the judges gave her kudos for her B Girl moves at the end, the ending seemed a little sloppy and confusing.

Despite the awkward finale, the judges focused their positive feedback on her frame and sharp moves. Bristowe walked away with a 27, leaving her the champ amongst the slew of Tango performances.

After last week’s elimination fiasco, Monica Aldama comes back with something to prove. In case you missed it, host Tyra Banks announced the incorrect bottom two dancing couples last week.

After leaving the stage as a safe dancer, Aldama was invited back to the stage for elimination alongside Anne Heche. The mistake caused quite a bit of confusion as Banks rudely rushed DWTS judges to blurt out who they wanted to save.

Dancing the Tango to Tainted Love this week, Aldama received the first 9 of the night. Receiving praise for the first traveling Tango of the season, judges rewarded Aldama with a 26.

In my opinion, the judges were a little generous. This may have been their way of apologizing for the mix up last week. Twitter fans agree with me.

Aldama does not have staying power. I predict she gets eliminated in the next three episodes.

As noted by the judges, Tango is punctuated by sharp moves and quick, clean pivots in weight. Both Vernon Davis and Jesse Metcalfe delivered less than clean and sharp Tangos.

Davis received a total score of 21 while Metcalfe received a score of 19. It is no surprise these two landed in the bottom two this week.

Metcalfe Finally Gets the Axe

Pretty boy Metcalfe did not survive 80s night after scoring a measly 19. This is no surprise. Metcalfe continues to receive the same feedback each week. He shows very marginal improvements if any.

Metcalfe is boring to watch, and week 5 was no different. If nothing else, Metcalfe is consistent.

While judges unanimously saved Vernon Davis, the former tight end has a lot to work on. He is still trying to figure out how to manage his large frame while dancing with his tiny partner.

Hough noticed Davis thrives with softer dances. If that is the case, Davis may survive another week if he is assigned a “softer dance.”

Can We Please Vote Chrishell off?

The Selling Sunset star has become quite popular with DWTS fans. However, she is a terrible dancer. How much longer can we ignore her dancing deficiencies because she was the smelly girl in school?

Stause has been hiding behind carefully crafted costumes and striking poses. This week’s Cha Cha to New Kids on the Block’s Right Stuff exposed all her shortcomings.

Dressed in a crop top and some MC Hammer like pants, Stause could not hide her two left feet behind flowy fabric this week. This week’s choreography also displayed her lack of rhythm.

Stause scored 19/30 tonight. I see elimination in her near future.

After a night full of 80s music and fashion, week 6 will separate the true competitors from the weak. The next elimination will include Chrishell Stause and Vernon Davis.

These two are the weakest link at this point in the competition. Which one will be eliminated first?

Well it depends. If Stause gets assigned a dance that allows her to strike poses in a flowy dress, her long lines will save her. If Stause must dance in something less flowy, her chicken leg moves will send her home.

Davis on the other hand could potentially get another shot if he is assigned a “softer dance” as Hough puts it. Unlike Stause, Davis cannot hide behind wardrobe. Since he will not have costuming in his favor, Davis must execute well.

I vote Stause gets the boot next week. You have my thoughts. Now place your bets at the top entertainment betting sites. 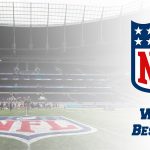 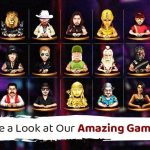