The last few years haven’t been kind to Diego “The Nightmare” Sanchez. The former title contender has been struggling in the Octagon and was scheduled to compete in his final UFC bout against Donald Cerrone on May 8. Interestingly, reports have now confirmed that Diego Sanchez is cut from the UFC.

It’s not exactly clear what has led to the fighter’s release. Some feel it has something to do with his new coach, Josh Fabia. Today, we’ll talk about why many are taking a close look at Sanchez’s departure from the UFC.

Mixed martial arts is known for being somewhat of a cutthroat sport. Getting to the UFC is extremely difficult. Staying on the promotion’s roster is even harder. At any point, a fighter is at risk of being cut from the UFC.

That has become more evident over the past year. Many of the sport’s true legends have recently been cut. That includes names such as Alistair Overeem and Junior Dos Santos. Many fans were disappointed to see these fighters released.

The good thing is that there are more promotions operating than ever before. Bellator, the PFL, and others are offering fighters the opportunity to earn a paycheck elsewhere. Even the Bare-Knuckle Fighting Championship has been paying former UFC stars handsomely to compete lately.

Running a Mixed martial arts promotion is a business and the UFC needs to cut down on costs whenever possible. Many of the fighters cut recently are known to carry massive paydays. With them gone, the UFC can focus more on the young up-and-comers in the promotion.

These roster cuts won’t be slowing down anytime soon. The UFC continues to hand fighters their walking papers for one reason or another. It’s not easy being a professional fighter and these cuts are leading many to fight like their careers are on the line.

Even some of the true pioneers of the UFC are at risk of being released. We’re now hearing about what has led to Diego Sanchez’s career.

Sources Confirm Diego Sanchez is Cut From the UFC

Long-time MMA fans are well-aware of Diego Sanchez. “The Nightmare” debuted with the organization back in 2005 after being on the first season of The Ultimate Fighter. He went on to have a storied career including a shot at the UFC lightweight championship.

Since 2019, Diego has found himself in a rough spot in his career. He’s gone 1-2 with his only win coming via disqualification against Michel Pereira. Sanchez was then scheduled to take on Donald Cerrone on May 8 in one final fight with the promotion.

Earlier this week, news broke that the fight against Cerrone will not be taking place. No one seemed to know why. Some assumed that Sanches had suffered an injury. Then, the longtime fighter released a bizarre video on Instagram showing an altercation between his “guru” and members of the UFC staff. You can check it out below.

Diego Sanchez is cut from the UFC now and will have no more fights with the promotion. The cause of this early release has not been made official. Some believe it is due to Fabia’s actions either in the past or in the lead-up to this fight on May 8.

It now appears that Sanchez is looking to be signed by another major organization. His time with the UFC is over, yet it wouldn’t be a shock to see him signed somewhere else before long. It’s an unceremonious ending to a truly historic career.

The UFC is moving forward. There is still time for fans around the country to bet on the exciting fight card taking place this Saturday!

There’s Still Time to Bet On UFC: Reyes vs. Prochazka

The UFC is coming off one of the most exciting fight cards in history in Jacksonville, Florida. This was the first event held in front of a sold-out crown since March of 2020. On Saturday, the promotion is set to return to the Apex Center in Las Vegas, Nevada.

Fans are in for an exciting night of fights. The main event between Dominick Reyes and Jiri Prochazka could determine the next number-one contender at light-heavyweight. Both men are known for being elite strikers and should produce fireworks.

BetOnline is the best site available to bet on this entire event! It launched many years ago and has developed a massive fan base around the country. This online sportsbook is safe, easy-to-use, and provides some of the best MMA odds of any betting platform.

In the main event, Dominick Reyes is listed as the +108 underdog. He’s coming off a tough knockout loss to Jan Blachowicz but still seems determined to earn a crack at the belt. If the Reyes that showed up against Jon Jones is present here, he could earn the victory.

Jiri Prochazka made a statement in his UFC debut by knocking out Volkan Oezdemir. One more impressive win like that one could earn the Czech fighter a title shot. BetOnline gives him odds of -128 to get the job done in this bout.

Are you disappointed to hear Diego Sanchez is cut from the UFC? What do you think led to him being released? Let us know in the comments section below.

Diego Sanchez is Cut From the UFC After 16-Year Tenure originally appeared on TheSportsGeek.com 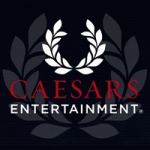 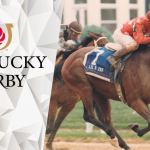