The Golden State Warriors played in another classic at the NBA’s play-in tournament. But for the second straight game, they came up short, and now their season is over.

Golden State battled back from a double-digit lead with three minutes left in the 4th quarter to force overtime, took the lead with less than two minutes in the OT period, but then watched Ja Morant took over down the stretch to lead the Grizzlies to the playoffs for the first time in four years.

For Golden State, their season is over after a spirited run to the 8th seed. They nearly toppled the defending champions Lakers last Wednesday night but came up short against Memphis again on Friday night.

After the loss, you have to feel for Steph Curry who had one of his best statistical seasons ever trying to ge the Warriors to the playoffs despite not having Klay Thompson all-year long.

Curry finished the regular season as the NBA’s scoring champion for only the second time in his career, and he did so by averaging a career-high 32.0 points per game. With Thompson out, he had to take a career-high 21.7 shots per game, including 12.7 three-point attempts per game. As a result, Curry made an NBA record 5.3 three-point baskets per game this season.

He broke Kobe Bryant’s old man streak of 30-point games, overtook Reggie Miller for 2nd place in the NBA’s all-time three-point list, and passed Wilt Chamberlain as the Warriors’ all-time leading scorer. Earlier this week, he was named as one of three finalists for this year’s MVP award and even if the best NBA betting sites say that Nikola Jokic has the award in his bag, Curry’s herculean season definitely deserves an MVP award.

While Curry’s season is over, Ja Morant’s playoff journey has just begun. Drafted 2nd overall in 2019, the 2020 NBA Rookie of the Year proved that he is ready to take his team to the next level by hitting one clutch basket after another in the biggest game of his NBA career.

Morant started the game with plenty of aggression and played with absolutely no fear as he went at the Warriors in every way possible. He finished with 35 points, six rebounds, six assists, four steals, and shot 5-10 from three-point distance, becoming only the second player in Grizzlies history to post a 35-5-5 game with four steals.

With Golden State threatening to steal the game in the overtime period, Morant stepped up and took matters into his own hands. After Jordan Poole gave the Warriors a 109-107 lead with 1:50 left in OT, Morant found Xavier Tillman in the corner with a three-pointer to give the Grizzlies back the lead. On the next play, he grabbed the rebound off a miss by Andrew Wiggins and then scored on a floater to give Memphis a 112-109 lead. Then after Poole turned the ball over, Ja iced the game with another floater for a 114-109 count.

The #NBAPlayoffs start this weekend! 👀 pic.twitter.com/5NcnxI1Lnp

And so now the playoffs cast is complete with Memphis getting the final seat in the bus and making their first playoff appearance in four seasons. The Grizzlies will now head to Salt Lake City to face the Utah Jazz in Game 1 of a best of seven series on Sunday at 9:30 p.m. ET.

Of course, the best NBA betting sites have the top-seeded Jazz as heavy betting favorites to bet the Grizzlies. BetMGM was the first to put up their opening lines for Game 1 and it had Utah as 8.5 point favorites to beat Memphis and that’s not a surprise at all because the Jazz swept their season series and have won each of their last six head to head meetings against the Grizzlies and they finished with the best record in the entire NBA.

But don’t tell that to Ja Morant and his teammates. Memphis has faced two elimination games already and have passed both tests with flying colors. They may not be the best team in the West, but their youth and hunger could prove to be very dangerous. Just ask Steph Curry and Draymond Green. 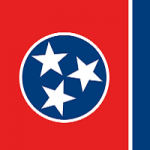 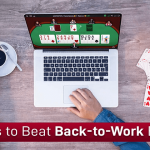