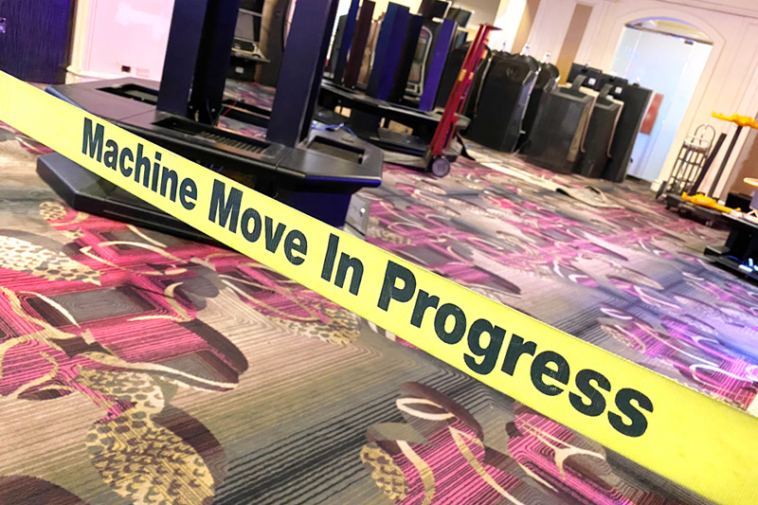 Caesars Entertainment is in the process of removing entire swaths of table games at its Las Vegas casinos.

At Flamingo, for example, a large table games pit outside Charlos’n Charlie’s is now populated by slots. The move from table games to machines has flown largely under the radar, but that’s why there’s an us.

We visited several Caesars Entertainment casinos on The Strip and the changes are dramatic.

At each of the casinos we visited, large portions of the casino floor have either already been transformed, or changes are currently being made.

Here’s what’s up at Harrah’s. This process is a cost-cutting measure, as machines are much less labor-intensive than table games. While the transition from live table games to electronic slot machines was underway prior to the pandemic, it’s now happening in a concerted way across all Caesars Entertainment casinos.

The accelerated move from table games to machines follows on the heels of the acquisition of Caesars Entertainment by Eldorado Resorts.

Eldorado leaders have made it clear they’re looking to save millions with “synergies.” Reducing table games dealer ranks is one of them. Loyalty club desks are out, kiosks are in.

Those “synergies” also include closing VIP Laurel Lounges, closing most of the buffets at Caesars resorts and closing a number of entertainment venues.

Cuts have even extended to the liquor realm. Caesars recently reduced its standard liquor pour size from 1.25 ouces to .75 ounces at a number of venues. That one hurt.

At Cromwell, a popular table games area is closed, with machines being moved in. It doesn’t take a detective to see where changes are happening. Black curtains are the new big, red arrows.

Oh, like we’re just going to show a photo of curtains. Do you know this blog at all? Here’s a peek behind the curtain at Cromwel. Those are slot machine base thingies.

Caesars Entertainment has been up front about focusing on its core business, gambling.

The CEO of Caesars, Tom Reeg, even said the company isn’t reopening its buffets because it’s not the company’s responsibility to feed guests. His quote was, “God forbid they stop at McDonald’s on the way home.”

A visible symbol of the evolution of Las Vegas casinos is the roll-out (pun intended) of Roll to Win Craps. This new game is a fun twist on classic craps, will an illuminated table and terminals giving players full control of their action.

The awkward side of this new game is it only requires one dealer, as opposed to three on the traditional game (four if you include the boxman).

Across town, Roll to Win Craps tables are packed, presumbly because players like the visuals, but actually it’s because table minimums are lower. These new machines aren’t bad, they’re just, well, different. Roll to Win Craps tables (at left) are now at all Caesars casinos in Las Vegas, right next to old-timey tables (at right).

The use of “stadium style” slot machines has exploded in recent years. These games make it possible for dozens of players to take part, with either one dealer or, if the casino chooses, no
dealers.

Saving money on labor is the name of the game in Las Vegas, and this has been the case for several years now.

The replacement of so many table games with machines, all at once, is a very visible sign of the direction of Las Vegas casinos. Electronic games not only save casinos money on labor costs, they are also touted as being more appealing to a younger casino customer. Gambling revenue has declined in recent years, and younger players are a coveted demographic, mostly unfazed by “skill-based” games floated so far.

On the bright side, there are still a lot of tables games available.

At each of the Caesars Entertainment casinos we visited, there were still a huge selection of tables. Essentially, casinos aren’t entirely replacing tables, they’ve just determined there are too many, so send in the robots.

Here’s a quick walk-through of the table games area at Flamingo.

Fair warning: Guests who haven’t visited recently may have some sticker shock at the table minimums, but that’s a reflection of demand, and demand is very strong at the moment.

As there’s unlikely to be a new wave of demand for table games, expect this to be the new normal in Las Vegas casinos.

While we love electronic table games and slots, removing table games can change the vibe of a casino.

Ultimately, the sales pitch continues to be, “There’s something for everyone, and that includes budget.” Table games require bigger bankrolls, so lower cost options are welcomed by value-seeking players.

We’d ask Caesars Entertainment what percentage of its offerings have gone from live to mechanical, but asking Caesars anything is like whistling in a wind tunnel while jamming sporks in your eyes. Yes, sporks. You know we’ll report further on this trend as the evolution of Las Vegas casinos continues.

The big picture concern is the Las Vegas experience isn’t all that different from other casino experiences across the country. It’s called “commoditization.” Increased competition, due to the legalization of gambling across the U.S., was a problem prior to the pandemic, and it will be again once the recovery bump subsides.

There’s a chance Las Vegas is stepping over a dollar to pick up quarters. We’d have said “dimes,” but Vegas doesn’t do dimes. Long story. 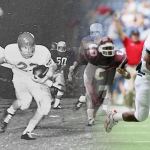 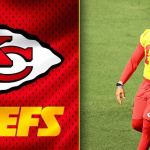