After declaring a couple of months ago that he is ahead of his recovery schedule, Kansas City Chiefs quarterback Patrick Mahomes says that he will have no physical limitations heading to training camp. For Mahomes, that will be on Saturday when a three-day camp for quarterbacks and rookies begin.

Mahomes underwent surgery to repair a torn plantar plate in his toe right after the Chiefs lost Super Bowl LV. Although he was expected to be ready for training camp after the procedure, Mahomes has been determined to beat the timelines and says that he is now at full strength as the Chiefs begin their official preparations for the 2021 NFL season.

“I’ve been training, running, throwing, doing everything that I usually do. That’s what was so good about [offseason practice] and doing those things is that I tested it there and realized I was good, Then when I got back with [personal trainer Bobby Stroupe at his offseason home in Texas] I was able to do what I normally would do.”

📰 Chiefs quarterback Patrick Mahomes says he is ahead of schedule in his rehab after undergoing offseason surgery to repair a turf toe injury.

Last April, Mahomes proclaimed that he was progressing well and was ahead of his recovery schedule from the surgery. By the time the Chiefs began their organized team activities (OTA) in late May, Mahomes was already throwing no-look left handed or underhand passes. In fact, he was a full participant for the entire four weeks of practice.

Most of the Chiefs’ veterans will report to camp at the Missouri State University in St. Joseph on Monday with practice beginning on Wednesday. Another good news for Kansas City is that defensive end Frank Clark would be able to report on time and participate in all their practices.

Clark was arrested in March for a felony weapons possession and was recently charged in Los Angeles. He was also arrested in June in a separate incident where police reportedly found a submachine gun inside his car but that incident is still being investigated. Other than that, there are no other distractions for the Chiefs who are looking to get revenge on the Tampa Bay Buccaneers and Tom Brady.

A 100% Mahomes at the start of the 2021 season will be the key to the Chiefs’ reclaiming the Lombardi Trophy. After a 2019 season where they looked like they would become a dynasty, Kansas City fell off the top of the mountain courtesy of a 31-9 shellacking at the hands of the Tampa Bay Buccaneers at Super Bowl LV, Mahomes’ first double-digit loss since his college days when Texas Tech lost to Iowa State 66-10 in 2016.

Despite that setback, the best NFL betting sites have installed the Chiefs as the odds on favorite to win Super Bowl LVI. According to the BetOnline App, Kansas City is currently the +500 odds on favorite to win the NFL championship with the Bucs coming in second at +600. The Buffalo Bills are third at +1200 while the L.A Rams and San Francisco 49ers at +1400. If we believe the oddsmakers, the Chiefs and Bucs are poised for a rematch at SB LVI.

Meanwhile, Mahomes is the +400 betting favorite to win his second NFL MVP award. The Chiefs’ superstar QB is also favored to lead the league in passing touchdowns and passing yards at +325 in each oddsboard. Mahomes finished the 2020 season ranked 2nd in passing yards at 4,740 and 4th in TD with 38 despite sitting out the team’s season-finale. 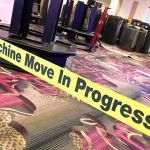 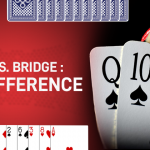