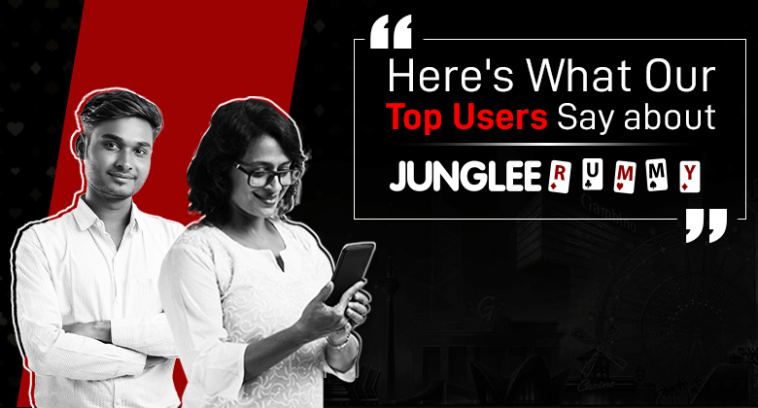 Online rummy has won the hearts of millions of users in India. It has also opened the floodgates for a lot of other card games in the virtual world. Indian Rummy, also known as paplu, is played on a regular basis and occupies a special place in our hearts

Rummy is a thrilling card game that is fun to play and offers a stimulating experience. Due to its popularity, many gaming companies decided to step into the world of online rummy. Today we have numerous websites and applications that offer online rummy games. Among these, Junglee Rummy is at the forefront of the online skill gaming industry. We are serving over 25 million users across India. We have a wide variety of rummy games, including free and cash games and exciting tournaments. We hold some of the biggest online rummy tournaments regularly, where the prize pool is worth over lakhs and crores of rupees. We recently concluded our Valentine’s Day Tournament Series and received an overwhelming response from our valued players.

There are over 25 million active users on the Junglee Rummy platform. They include some of the best rummy players who are skilled in the game and regularly take part in many of our big tournaments. They have often outperformed their opponents and won lakhs in cash prizes as well as other exciting rewards. A lot of new players have taken advantage of our unlimited number of free games to practice and improve their rummy skills. Later they started playing cash games and tournaments and won big prizes too!

We have compiled some reviews of Junglee Rummy by some of our skilled players. Let’s take a look at what they have to say about us:

Arvind is an electrical engineer and he owns a construction company. One day he was casually scrolling through Facebook and came across an ad about Junglee Rummy. Intrigued about rummy and the platform, he did some research to get a better understanding of the game. After realizing the authenticity of online rummy games, he registered on the platform and started playing rummy right away. He enjoys playing rummy on the platform.

Dr. Ramesh Bonugu from Visakhapatnam is the ultimate champion of Rummy Premier League Season 8 (RPL 8). He played brilliantly in the tournament and won a whopping big prize of ₹50 lakhs. Dr. Ramesh has been playing rummy for 3-4 years and is very happy to have achieved such a great feat. He loves Junglee Rummy for its user-friendly features like the fast withdrawal process. He got the winning amount transferred to his bank account easily and quickly, without any hassle.

Subrat from Gujarat has been playing on Junglee Rummy for the past 2-3 years. He loves the platform for its smooth and fast withdrawal process and prompt customer support. He plays Junglee Rummy tournaments regularly. He participated in the eighth season of the Rummy Premier League and won ₹2.2 lakhs in the tournament. As soon as he won the huge cash prize, he placed a withdrawal request and the winnings were transferred to his account in just 10 minutes. Subrat enjoys playing on Junglee Rummy.

Anuradha is a mathematics teacher who resides in Delhi. She was introduced to rummy at an early age since her father and siblings played the game during holidays to spend quality time together. She was highly inspired by her father’s mastery of the game and learned many tips and tricks from him. After her marriage, her husband introduced her to Junglee Rummy and there has been no looking back since then. She started playing cash games for low stakes initially. Gradually she understood the authenticity of the platform and started playing cash games for higher stakes.

It feels great to hear from our wonderful players. We feel elated when they share their stories and experiences of playing on Junglee Rummy with us. That great feeling is further intensified when they win exciting prizes and rewards.

You too can be a winner on Junglee Rummy! Simply download the Junglee Rummy app and start playing right away. Use your rummy skills at our vibrant tables and battle it out to win whopping big prizes. You can play the game with real players at any hour of the day. Enter an ongoing tournament and win big cash prizes and other rewards like cars, motorbikes, iPhones and whatnot!

Register on the platform to get a welcome bonus up to ₹5250 on making your first deposit! Don’t forget to invite your friends and make the most of our Refer & Earn program, which gives you a bonus up to ₹1500 for every successful referral. So act now and become a part of the most active online rummy community! Happy gaming!

Valentine’s Day is celebrated all over the world on 14th… 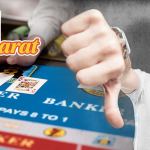 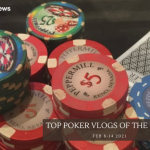