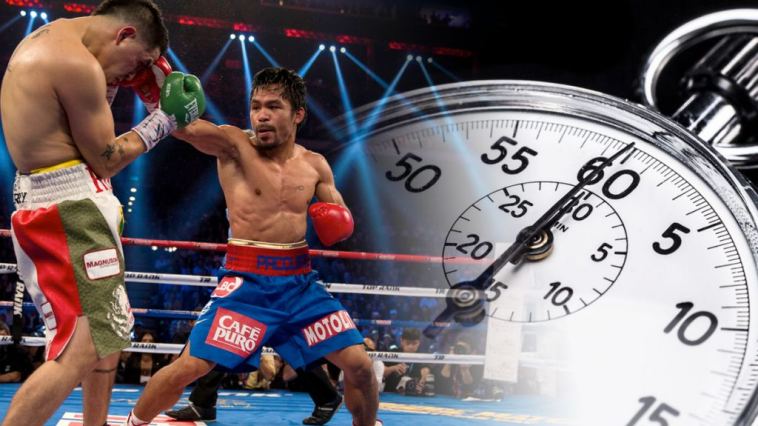 Boxing is one of only a few pro sports with an unknown length. Baseball has no time clock, and soccer match lengths can vary thanks to stoppage time. Like those sports, the length of a boxing match depends on the skill of the players involved and can vary wildly from one contest to another.

And, since you can bet on how long a boxing match will last, this topic is pertinent and useful for our purposes.

Let’s tackle the question of how long boxing matches last.

How Do Boxing Matches End?

It’s hard to talk about how long matches last without some discussion of how they end.

The end of a boxing match isn’t only up to the fighters – other forces are at play that can help determine the ending point of a pro boxing match.

Boxing matches can end by

Bouts that end in a technical knockout decision to go longer than DQs or knockouts.

How Many Rounds Are in a Boxing Match?

Let’s start with a technical answer to the question of how long boxing matches last.

But not all pro matches are set for twelve rounds. You’ll often see matches set up for 4, 6, 8, 10, or 12 rounds. Most people assume that all pro boxing events go twelve rounds because these are reserved for the main events, typically championships or major bouts between high-profile competitors.

As you go down the ladder in terms of the number of rounds, you’ll find experienced young fighters duking it out for 10 rounds. Fighters with less experience typically go for no more than 8 rounds.

Remember that amateur bouts can go no longer than 4 rounds. This is done on purpose, and it’s a good thing.

Young fighters need to get used to the increased competition they’re about to face. Shorter bouts allow amateurs and young fighters time to gain more experience with more frequent bouts to help them gain conditioning.

Some boxers make their pro debut in a fight longer than 4, 6, or even 8 rounds. When a boxer has extensive amateur experience, he can be leveled into a tougher competition pool. I’ve seen fighters premiering in 10-round bouts more frequently as pro boxing opens up to newly-developing amateur markets.

That means women’s pro box matches max out at a length of 29 minutes, considering the one-minute break between rounds.

Since few pro boxing matches are even scheduled for 12 rounds, it might be interesting to work out how many of those scheduled 12-round fights really go the distance.

It turns out – very few of them.

According to Frank Lotierzo’s 15 Rounds: The True Championship Distance, the average boxing match goes just 5.9 rounds. I poked around online to verify that number, and I kept coming across it quoted on boxing blogs and such. If it’s accurate, it means most pro fights don’t even make it to the 6th round.

Lots of fights end due to knockout or boxer injury. The days of the 77-round, 5-hour blowout bouts are long gone, left behind in the late 19th century, and for good reason.

Some high-profile deaths (the best-known is the death of Duk Koo Kim in 1982) and pressure from the TV and radio industries that depended heavily on boxing broadcasts, most pro boxing organizations reduced the maximum length of bouts to 12 rounds. It took until 1987 for all levels of pro boxing to adopt the shorter bout lengths.

How Long Is a Boxing Match?

The answer here depends heavily on how many rounds the match is set for.

Depending on the number of rounds in the match, it could go anywhere from 15 to 47 minutes. That’s a wide range of time, and it reflects the changing expectations for fighters at different levels.

Assuming a match of 5.9 rounds at 3 minutes per round plus a 1-minute break between rounds, you get an average length of 21 minutes and 42 seconds.

Does this mean that you should expect the next match you watch to end at that exact time?

The shortest title fight in modern boxing history was McClellan destroying Jay Bell with a single shot to the ribs in twenty-nine seconds in 1993.

At the other end of the spectrum, going the distance in pro matches does occur.

You can’t count on that average length as any kind of predictive tool. A boxing match is just as likely to go long as to be over quickly.

You can look at a boxer’s total number of rounds fought, compare it to their total number of fights, and work out a loose average of how many rounds they fought per bout.

Here’s the average round figures for a few big names in boxing history:

You can see the differences in the sport of boxing throughout the years. Jack Johnson fought 93 times professionally, as far as we know, a number that the world’s best modern fighters won’t get anywhere near. Meanwhile, Tyson’s style makes him a true outlier, with most of his fights ending around the third round.

Of all sports, maybe pro baseball comes closest to offering the variety in contest lengths that you’ll find in pro boxing.

The shortest baseball game in modern memory was a 1 hour and 39 minute complete game by pitcher Mark Buerhle for the eventual champion Chicago White Sox. The longest game might be a six-hour marathon in 2008 between the Rockies and the Padres. On a smaller scale, boxing matches have a similar variety of possible lengths.

The short answer to the question of how long a boxing match lasts is – 5.9 rounds, or 21 minutes and 42 seconds. That doesn’t tell the whole story, since fighter matchup plays a huge part in how long a contest can drag out, or how quickly one punch can put an end to the bout.

How Long Do Boxing Matches Last? originally appeared on LegitGamblingSites.com 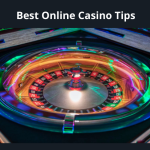 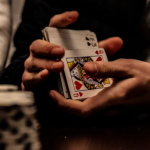