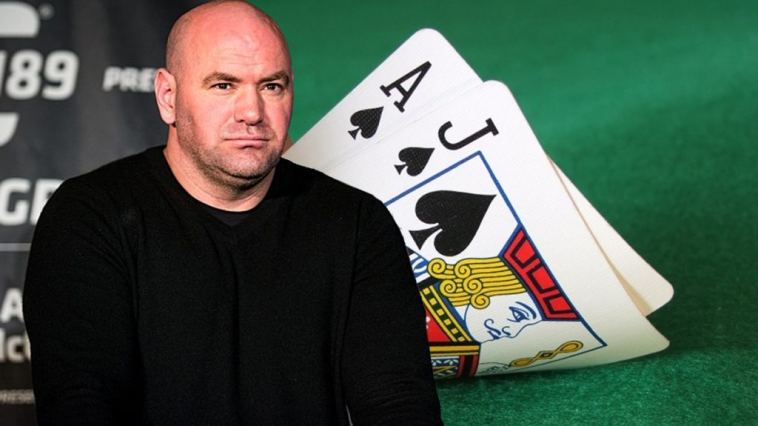 Dana White is best known as the head man of the UFC. White, who’s been running the UFC’s operations since 2001, has helped transform mixed martial arts into a worldwide phenomenon.

He’s made a large fortune in doing so. Thanks to being part of the UFC’s $4 billion dollar sale to WME-IMG (now Endeavor), White’s net worth is over $500 million.

His net worth allows him to play the highest blackjack stakes in Vegas. White doesn’t just play the game either—he dominates it! He’s made at least $3.2 million at the Palms Casino Resort. He has also won as much as $7 million in one night at the tables.

Given his success and winnings with the game, is Dana White the best blackjack player ever? You can find out in the following post as I discuss more on White’s accomplishments along with if he qualifies as the game’s GOAT.

Why Is Dana White Known for Blackjack?

White’s blackjack legend began when he beat the Palms Casino for $1.6 million. Owned by the Maloof family at the time, the casino banned White afterward.

After going through a change of ownership, the casino invited White back to play. The result was the same, with Dana winning another $1.6 million.

Management once again banned White. This time, however, they gave him a championship belt that read “Undisputed Blackjack Champion.”

UFC commentator Joe Rogan once saw White win $7 million in a single night, across different tables. This has to be one of the biggest single wins in blackjack history.

What Makes a Blackjack Player Great?

You can see that Dana White has definitely had major success with this game. Does he have the qualifications, though, to be considered the best player ever? You can judge for yourself by seeing what makes a blackjack player great below.

Knowledge of the Game

Blackjack is an in-depth casino game that has many intricacies. You need to understand these intricacies if you want any chance of becoming a good player.

You can learn how to lower the blackjack house edge by using a strategy card. These cards, which are widely available online, show how to make perfect decisions in each instance. You can quickly look up one of these cards and start perfecting your strategy right away.

Aside from understanding basic strategy, you also want to know how rules affect the house edge. More-favorable rules improve your chances of winning.

A 3:2 natural blackjack payout reduces the house advantage by 1.39% versus a 6:5 pay out. If the dealer stands on a soft 17 rather than hitting, then the house edge jumps by another 0.2%.

Both of these rules are printed directly on the table felt. As for the other rules, you can read about them here and figure out how they impact the house edge.

Basic blackjack strategy can put you on almost equal footing with the casino. The keyword here, though, is “almost.” You must develop some kind of advantage to consistently win profits. Card counting is most-common way to beat blackjack.

It involves tracking card values and determining when the shoe is in your favor. This scenario happens when the shoe is richer in high cards (10-A) than low cards (2-6). You then raise your bets at this point to take advantage of the situation.

The hope is to identify a pile, or a “slug,” with lots of high cards. Just like card counting, you want to raise wagers when a favorable slug has been dealt.

Card counting can provide between a 0.5% and 1.5% edge over the casino. Shuffle tracking can boost your advantage to between 4% and 5%.

The best blackjack players don’t go home losers every night. Instead, they’re able to beat the casino over time and win profits.

Some high-stakes players, like White, are able to earn millions of dollars through a combination of skilled play and luck. They wager so much that their hot nights turn into big profits.

Anybody can beat blackjack for a session or two. However, only the best players are able to make money over the years.

Many blackjack legends have careers spanning decades. They possess a combination of expert skills, good bankroll management, and the ability to camouflage their play.

Camouflaging is key because any successful player wants to blend in with the crowd. They don’t, however, want the casino realizing how good they are. Otherwise, they could get banned from numerous blackjack tables across the world.

Is Dana White the Best?

Dana White meets some of the criteria discussed above. Therefore, it’s not totally crazy to explore whether he’s the game’s best player. He especially excels in two main areas:

As mentioned before, White has won several million dollars through high-stakes blackjack. He’s done so well that he is now banned from playing at multiple casinos.

Not many players can boast of winning several million and keeping it.

Don Johnson, who’s won over $15 million in profits, could potentially be the only player who tops White in this category.

White has also been playing the game for a number of years. He didn’t just go out and win everything during a single high-stakes session. Instead, he has accumulated these profits over time.

As for whether or not White plays with an advantage, it’s difficult to say. If he knows how to count cards or shuffle track, then he’s wisely keeping it a secret.

Personally, I don’t think that White is an advantage player. Instead, I believe that he has good knowledge of the game and gets favorable rules as a high-stakes player. He has used these two aspects, along with a bit of luck, to win serious money.

Unless White does secretly have an advantage, I don’t think that he’s the greatest blackjack player ever. I do give him props, though, for being such a big winner.

Who Is the Best Blackjack Player Ever?

Many great players have sat down at the blackjack tables over the decades. Ed Thorp, for example, is the first known player to successfully use card counting to make profits.

When casinos figured out how to slow down solo card counters, Al Francisco invented the “Big Player” concept. He developed a team-based approach that the MIT blackjack team later perfected.

Speaking of which, Jeff Ma was instrumental in keeping the MIT blackjack team going. He was also a pretty great player himself.

These are just some of the legendary players who’ve had great success with the game.

With that said, it’s difficult to choose just one person as the GOAT. Nevertheless, James Grosjean is my pick for the best blackjack player of all time. As an author and master of multiple advantage play techniques, Grosjean knows this game inside and out.

He’s put his skills on display at the secretive Blackjack Ball. An event filled with the world’s top players, the Blackjack Ball sees attendees compete against each other in a number of categories.

The goal is to figure out who’s the top player at the time. Grosjean won this event so many times that the organizers asked him to stop competing in it.

Aside from topping his peers again and again, Grosjean has made mid-six figures through blackjack for many years. He’s also managed to conceal his identity well enough to avoid getting banned from those casinos.

Dana White is no doubt a successful blackjack player. Perhaps only a few people have ever won the kind of profits that he has.

However, profits don’t necessarily indicate the best player ever. After all, not everybody can afford to play for the same stakes as White.

I’ll just end by saying that White is definitely a good player. He’s good enough to have been banned by the Palms and other casinos.

The big question, though, is whether he actually has an advantage. If he doesn’t, then White shouldn’t be considered the best of all time.

Is Dana White the Greatest Blackjack Player of All Time? originally appeared on LegitGamblingSites.com 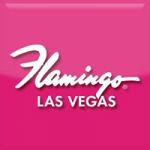 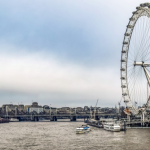