The NBA’s Rookie of the Year odds appeared to be headed for a shake-up when two of the Top 4 betting favorites left their respective Thursday games with injuries.

First, Orlando’s Jalen Suggs suffered a hand injury and left the Magic’s game against the Boston Celtics. Suggs had an MRI afterwards and his injury was officially ruled as a left thumb sprain.

The Magic have decided to shut down Suggs for the remainder of the Summer League and focus on him being 100% healthy for the start of the 2021-22 NBA season. Suggs might have dodged an injury bullet that had the potential to shake-up the NBA Rookie of the Year oddsboards.

Jalen Suggs did it all in his Summer League debut:

Losing Suggs sucks for the Magic as the former Gonzaga standout was off to a fantastic start in the Summer League. Suggs scored 24 points, grabbed 9 rebounds, blocked 3 shots, and had two steals in a win over the Golden State Warriors in his first-ever game for Orlando. In three games played overall, Suggs averaged 15.3 points, 6.3 rebounds, and 2.3 assists per game.

The 20-year old consensus Second Team All-American is one of the key rookies to watch this season. Suggs is considered as  the most NBA-ready freshman this year and has caught the eye of the best NBA betting sites who have pegged him ahead of 4th pick Scottie Barnes in the latest Rookie of the Year betting lines at +750.

Suggs’ penchant for the big moment and his willingness to take the big shot in the clutch  are traits that scouts rave about him. With his team the Orlando Magic having one of the longest odds to win the 2022 NBA title, he is going to get all the playing time and opportunity to shine in his rookie season, that is if he stays away from injury.

Aside from Suggs, the other Jalen in the Top 4 in the Rookie of the Year betting odds boards also suffered an injury on Thursday with the Rockets Jalen Green going out with a hamstring issue.

Green looked like the real deal in his short stint at the Summer League. He averaged 24 points per game in his first two games with shooting splits of .520/.500/.920. Including the game where he got hurt, the no. 2 overall pick of the 2021 NBA Draft scored a total of 61 points on 19-37 shooting including 11-19 from deep in just 72 minutes of action.

If that short performance was a sign of things to come, then Green has excellent betting value at +450 which is second in the latest BetOnline Rookie of the Year oddsboards behind top pick Cade Cunningham who is the current +275 odds on favorite.

Although Cunningham has had his own moments in Las Vegas, including a 24-point explosion during Friday’s win as a +120 betting underdog against the New York Knicks, Green is arguably the best scorer in the class and his performances in the Summer League had the flare that often gets the eye of the voting panel in the annual NBA Awards.

Rockets head coach Stephen Silas later said that they will be shutting Green down for the rest of the Summer League due to “caution” although he doesn’t think the injury is serious. But if that hamstring is going to be an issue moving forward, then Green will be a high-risk but high-reward bet for Rookie of the Year.

As for Suggs, he already had his MRI and his injury isn’t considered serious. From a layman’s perspective, a sprained thumb is always easier to come back from than a hamstring issue. That said, a healthy Jalen Suggs could be the dark horse in the 2022 NBA Rookie of the Year betting. 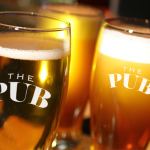 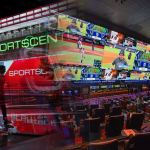