The Miami Heat have made it a series.

Miami played without starters Bam Adebayo and Goran Dragic for the second straight game, but Jimmy Butler dished out one of the best games of his career in a historic effort to keep his team alive in the series:

Jimmy Butler’s historic 40-point triple-double in Game 3 makes it a 2-1 series in the #NBAFinals! #SAPStatLineOfTheNight pic.twitter.com/idpZpYdbIc

Jimmy Butler is the 3rd player in NBA History to record a 40+ point triple-double in the NBA Finals, joining LeBron James in 2015 and Jerry West in 1969. pic.twitter.com/73uEtIJ6OD

Butler joined NBA lore with one of the best individual performances in the history NBA Finals. Jimmy Buckets became only the third player in NBA history to register a 40-point triple double in the NBA Finals. The only other players to do that were Jerry West in 1969 and LeBron James in 2015.

He is also the first player since Shaquille O’Neal in 2002 to score at least 40 points in the finals without attempting a three pointer. Furthermore, Butler scored or assisted on 73 total points, which ranks only second to Walt Frazier’s 74, as the most in the history of the NBA Finals.

Sunday’s performance was the second 40-point game for Butler in this postseason. Only Dwyane Wade and LeBron James has ever accomplished that for the Heat. He also joined Wade as the only players in Heat history to score at least 30 points through 3 quarters of a Finals game. Butler also became the first player to outscore, outrebound, and out-assists LeBron James in a Finals game, including his teammates.

LeBron James had 8 turnovers tonight — tying his career-worst in a Finals game. pic.twitter.com/SLE00hPHpZ

Aside from Butler’s virtuoso individual performance, the Lakers dug their own grave. Los Angeles entered Game 2 with the third-highest offensive rating in the play-by-play era at 134.8 points per 100 possessions. But because of 20 turnovers committed, the Lakers took only 79 shots in Game 3 and shot just 43% from the field. Miami made seven more field goals and that was the difference in the game.

LeBron James committed 8 of the Lakers’ 20 turnovers in Game 3. That is tied for his most TOs during this postseason and his most ever in a Finals game. James scored 25 points in the game but managed only two points in the final 8:30 when the game was on the line. Also, Dwight Howard grabbed only 3 rebounds while KCP, Danny Green, and Rajon Rondo combined to shoot just 1-10 from three point range. As a team, the Lakers shot just 14-42 from deep.

Despite the win, the Heat still head to Tuesday’s Game 4 as +7.5 point underdogs and the Lakers are still -325 odds on favorite at the moneyline. It will be interesting to see if Bam Adebayo and/or Goran Dragic will be available for the Heat. The two have missed the last two games of the series but their absence was hardly felt with Butler’s big game on Sunday.

The Lakers are expected to come out strong in Game 4 after a so-so effort in Game 3 where they committed 20 turnovers and took only 79 shots during the entire game. Aside from hitting  their three-pointers, Los Angeles also needs to reassert its size advantage as they were outscored 34-52 in points in the paint in Game 3.

The third game of a seven-game series has always been labeled as the most important one. In the case of this Final series however, Game 4 stands as the most crucial one in the Finals. If the Heat win, they will force a tie. And the longer this series goes, the more chances there are for Adebayo and/or Dragic to return. On the other hand, a win will put one of Los Angeles’ foot in the promised land and it will be tough for Miami to comeback. With what’s one the line in Game 4, the excitement of the 2020 NBA Finals has finally arrived. 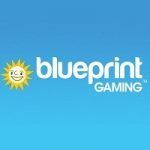 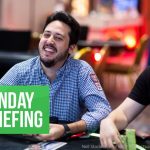