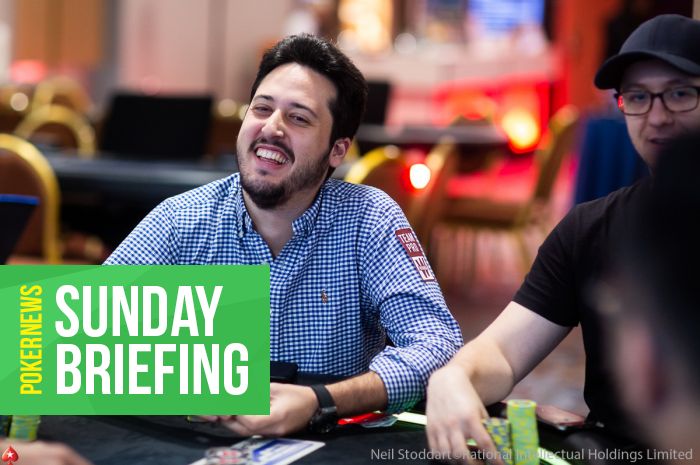 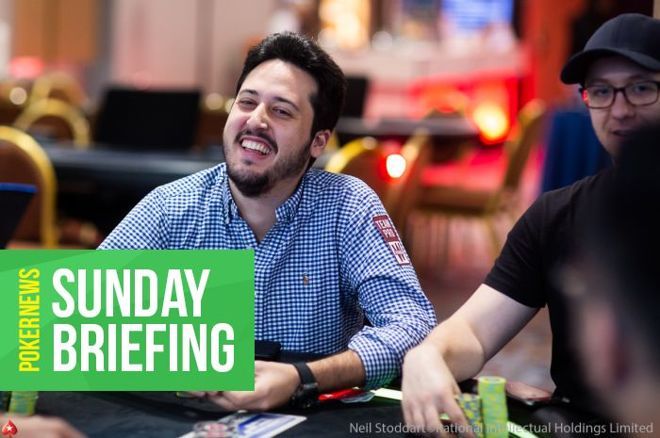 October 4 was another action-packed Sunday in the online poker tournament world and there were plenty of familiar names who found themselves in the winner’s circle.

Adrian Mateos was one such winner, triumphing in the $5,250 buy-in High Rollers Blade Prime at GGPoker for a cool $95,537.

Bert Stevens was the unfortunate soul who burst the money bubble. His seventh-place finish meant he went home empty-handed although he did win almost $400,000 last week so it’s hard to feel sorry for him!

Ole Schemion was the first superstar to see a return on his investment, Sixth-place weighed in at $11,956. “L Levinskas” crashed out in fifth for $17,801 before Christian Rudolph bowed out in fourth and padded his bankroll with $26,502.

Heads-up was set when Brock Wilson busted in third for $39,457, Mateos and Sean Winter locked horns heads-up, Mateos got the job done and banked the $95,537 top prize, leaving Winter to scoop a $58,745 consolation prize.

Canada’s “Yaawn” got their hands on the largest prize of the weekend courtesy of being the last player standing in the High Roller MILLION$ event. Some 454 players made it through to the final day’s action on October 4 and Yaawn outlasted them all.

Everyone who navigated their way to the final table guaranteed themselves a five-figure score with the top three finishers netting six-figures.

“BadCards”, “WhyNotChili”, “blufferbaba”, and “grosgf” all fell in quick succession, leaving only five players in the hunt for the gargantuan top prize. Those five became four when “halom” ducked out, then “DonPepe” saw their tournament end in fourth-place, a finish worth $88,658.

Third-place and $129,391 went to “ravagee111” of Moldova, which left Yaawn and United Kingdom-based Belgian Kenny Hallaert heads-up. Hallaert fell at the final hurdle and secured a $188,837 prize, leaving the champion to get their hands on a cool $275,594.

Some of the other big results at GGPoker this weekend included:

Beat The GGPoker Pros and Win a $5K Freeroll Entry

Check Out The Biggest Winners at 888poker

Five Ways to Play the Superstorm at 888poker for FREE

Qatar’s Mayank Saxena is $119,875 richer than a few hours ago courtesy of triumphing in the $5,200 High Roller Big Game at partypoker.

The tournament saw 101 players buy in and it was Saxena who outlasted them all and secured the tournament’s only six-figure prize, namely $119,875. Saxena defeated Joakim Andersson heads-up for the title; the Swedish runner-up banked $85,925.

Before that happened, a whole host of stars helped themselves to some of the $500,000 prize pool. WPTWOC Player of the Championship Artur Martirosian crashed out in eighth before former MILLIONS Online champion Jon Van Fleet fell in seventh.

Feast your eyes on these other impressive results from partypoker tournaments held on October 4.

$400K Worth of MTT Tickets Up For Grabs at partypoker

The PokerStars $1,050 Sunday Supersonic is a tournament that never fails to excite. A big buy-in, juicy guarantee, and hyper-turbo blind structure always leads to a thrilling conclusion. This week’s was no different.

It was won by Niklas “Lena900” Astedt for $19,128 after a heads-up deal with fellow superstar Andras “probirs” Nemeth who banked $19,458. Only five others received a slice of the $66,030 prize pool, including Anton “Bomber&Granater” Wigg, “Old brock”, Peter “Belabasci” Traply, Simon “C. Darwin2” Mattsson and “efkinis24”. What a ridiculous finale!

Swede’s excelled in the $107.50 Half Price Sunday Supersonic too, with a pair of Swedish grinders finishing in first and second place.

“ambosexus001” and “mariaanovic” were the six-handed final table’s first casualties before Argentinian pro German “germaxi” Chrstiansen fell in fourth for the final four-figure score. Andres “pintoelbajon” Viola secured the $12,102 third-place prize with their exit setting up an all-Swedish heads-up battle between “TiltMeBig” and “SURLOPE”. The former got the job done and their hands on $24,929, leaving the latter to console themselves with a $17,369 runner-up prize.

These are some of the other highlights from PokerStars’ tournaments this weekend:

The Stars Group is a majority shareholder in Oddschecker Global Media, the parent company of PokerNews. 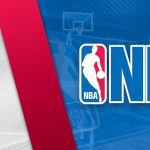 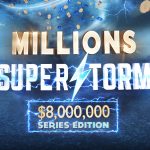