Kolkata have only been involved in one-sided matches so far – winning two and losing two by heavy margins.

Chennai have been beaten well in three of their five matches, so are vulnerable to a thrashing here.

This has to be the bet every time Du Plessis is in action, particularly as he extended his excellent start to the tournament with 87* on Sunday.

He has passed this mark in four of his five innings, with three of them converted into half-centuries. The one exception saw him score 22, so he hasn’t yet played a really poor innings.

Nitish Rana to score over 19.5 runs

This looks a generous runs line for Rana, who has scored 20+ in all of his four innings in this competition so far.

The 26-year-old scored 58 in his most recent knock on Saturday.

Eoin Morgan to hit a six

Morgan was an elite six-hitter coming into this tournament, and he has reinforced that reputation by hitting one in every innings so far.

He cleared the ropes five times in Saturday’s defeat to the Delhi Capitals, so this looks a fantastic bet. 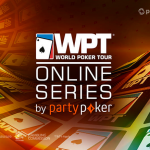 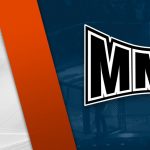