Warriors’ guard Klay Thompson underwent surgery to repair his torn right Achilles tendon on Wednesday and the Warriors announced that the procedure was successful. According a team statement, the operation was performed by Dr. Richard Ferkel in Los Angeles.

Surgery was a Success

The surgery, performed by Dr. Richard Ferkel in Los Angeles, is expected to keep Klay sidelined for the entire 2020-21 NBA season. He is expected to make a full recovery. pic.twitter.com/VSKLqM10YY

Dr. Ferkel has cut thousands of holes into hundreds of NBA players since 1983, but perhaps Warriors fans best remember him for solving Steph Curry’s ankle problems. Curry’s early years in the league were plagued by ankle injuries but since working with Ferkel, Steph has won three NBA titles, two MVP awards, and hasn’t been bothered by ankle injuries.

Aside from Curry, Ferkel also performed surgery on Wesley Matthews’ ACL tear and inserted two screws on Joel Embiid’s foot during a procedure right before the 2014 NBA Draft. In 2015, Ferkel also operated on Ricky Rubio’s knee and most recently, he was the surgeon who fixed DeMarcus Cousins’ Achilles.

Matthews just signed a free agent contract with the Lakers while Embiid has emerged as one of the best centers in the league. Rubio has bounced around the league but is still going strong since his recovery. Cousins’ recently signed with the Houston Rockets and we’ll see next season how far his recovery has gone. Based on his previous results, Klay Thompson should be looking at a complete recovery. It’s just that it’s going to be a long one though.

Another Year Without Klay

That long road will see Thompson miss his second consecutive season. Klay sat out the entire 2019-20 campaign after suffering a left ACL tear in Game 6 of the 2019 NBA Finals. With Klay out, Steph Curry also hurt, and Kevin Durant leaving Golden State, the Warriors went from playing in the Finals in 2019 to having the league’s second-worst record at 19-46 last season.

The Warriors were among the early market betting favorites to win the 2021 NBA title, going as high as third in the oddsboard behind the Lakers and Clippers. However, after Klay suffered another season-ending during a workout last week, Golden State has tumbled to 9th place in the current SportsBetting.ag odds board at +2500. Online sportsbooks have also pegged their win total at 38.5 in a 72-game regular season or a winning percentage of just .534.

Since the Thompson injury, The Dubs have acquired swingman Kelly Oubre Jr. from the OKC Thunder for draft picks. Golden State also drafted Memphis standout James Wiseman with the second overall pick of the 2020 NBA Draft. Although these acquisitions will never replace Klay Thompson’s they should help mitigate the damage done by Klay’s continued absence.

Steph Must Step Up

But while the Warriors have acquired players who can help, the onus is on Stephen Curry to carry the Warriors to success. The two-time NBA MVP has often been mentioned alongside Thompson during Golden State’s championship run. The two were referred to as the Splash Brothers and while Curry was always perceived to be the bigger star, their partnership was what made the Warriors a championship team.

Curry was expected to play a big role for the Warriors last season with Klay out and Durant gone. However, he played in just five games because of a hand injury. With Thompson out again this season, Steph must step up if they are to succeed.

According to the online bookmakers, Curry is primed for another run at the MVP award in 2021.Sportsbooks currently list Curry third in the 2021 MVP oddsboard at +700, behind only Luka Doncic (+400) and reigning back to back MVP winner Giannis Antetokounmpo (+600). Golden State is betting that the odds are right about Steph next season. 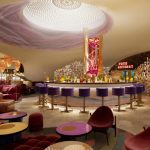 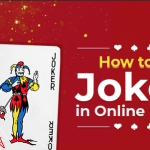