The Reds set the EPL record for most successive home wins at 24, breaking their own mark which stood at 21. Liverpool also reached 30 wins faster than any team in Premier League history, doing so in just 34 games. During the course of 38 games, the Reds accrued more points than any other team in the English top flight with 104. They also set the record for best start to a season by any team in Europe’s top five leagues, with 26 wins and one draw in their first 27 games. The list could go on with several English and club records but you get the point: Liverpool’s 2019 season was record-breaking.

This season, Liverpool opened its title defense campaign with three straight victories. But last Sunday, the Reds suffered a crushing 7-2 defeat at the hands of Aston Villa., setting the type of records that teams don’t want.

Not sure what Adrian is thinking but its goal to Aston Villa #AVLLIV #Liverpool pic.twitter.com/uGMlRAPsU1

According to analyst Opta, Liverpool is the first English Champion team to allow seven goals in a league match since Arsenal versus Sunderland in 1953. The Reds had not conceded seven goals since 1963 and Jurgen Klopp has never experienced such a terrible beating in his managerial career.

During their title run last season, they didn’t suffer their first defeat until February of this year. The Reds did not give up seven goals until their ninth match last season. Liverpool has already conceded a total of 11 goals after four matches this season. Only newly-promoted Bromwich has allowed more goals in the English top flight this season with 13.

Earlier on Sunday, Manchester United also suffered a heavy beating. The Red Devil lost to the Tottenham Hotspur via score of 6-1. In another dubious record, Sunday marked the first time in the history of the two clubs when they both conceded a total of six goals on the same match day.

Not sure what Adrian is thinking but its goal to Aston Villa #AVLLIV #Liverpool pic.twitter.com/uGMlRAPsU1

Liverpool played without regular goal keeper Alisson Becker who suffered a shoulder injury in training and could be out for four to six weeks. Deputising for him was former West Ham star Adrian and the 33-year old Spaniard had a catastrophic outing against Aston Villa on Sunday and has become the king of memes on social media.

Villa’s first goal of the match was Adrian’s fault. In the fourth minute, Adrian misplaced a pass that found Ollie Watkins instead of Joe Gomez. That was the first of Watkins’ three first half goals. Behind the hat trick, Aston Villa stormed to a 4-1 halftime lead.

But Klopp attempted to absolve Adrian of the blame despite his error-filled performance. Said the Liverpool boss after the match:

“The first goal was not good but I don’t think he had anything to do with the other goals. We didn’t help him tonight. .He is a really good goalie. Last year we played 11 games with him and won pretty much all. Tonight our goalie was not the problem. The reaction to the first goal was not his problem, it was our problem.”

Despite what Klopp says, Liverpool fans will not forget that Adrian has made 5 errors which directly led to opponents goals in 21 appearances across all competitions for the Reds. In comparison, Alisson has made the same number of errors in 92 appearances.

With the EPL on International Break until October 17th, Klopp has more than enough time to regroup. But with only a few training days together before their next Premier League match against current pace-setters Everton, the trip to Goodison looks daunting for the defending champions.

Klopp has confirmed that Alisson has “no chance” of featuring against Everton, leaving Liverpool’s faithful scratching their heads with Adrian getting the start again. Bet365’s current 1X2 odds have Liverpool as -125 betting favorites over Everton. The Blues are currently pegged at +275 at the same sportsbook with the odds of a draw at +320.

Liverpool’s German boss would like to think of Sunday’s massacre as a one-off and he says what’s important is how they react. It’s fair to give the Reds the benefit of the doubt. One thing’s sure though, this is going to be an exciting season in the English top flight and the Reds will unlikely run away with the trophy like they did last season. 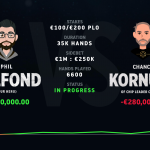 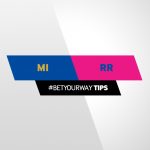