These two teams are on different trajectories at the moment, with Mumbai recovering from a poor start to win three of their last four.

Rajasthan, meanwhile, won their first two matches but have since lost twice in a row, and that change of momentum means it’s worth backing their opponents on Tuesday.

Top batsman in the match to score over 67.5 runs

A batsman from either side has passed this mark in four of Mumbai’s five matches, with the only exception being their win over Hyderabad last time out in which Quinton de Kock hit 67.

This bet has also landed in three of Rajasthan’s four matches to this point.

These are the two biggest-hitting sides in the IPL this year, with two players from each team featuring in the top five for sixes hit so far.

Sanju Samson sits top of the pile with 16, while Kieron Pollard, Ishan Kishan, Rahul Tewatia and Rohit Sharma have all hit more than 10 maximums.

Hardik Pandya to score over 16.5 runs

Pandya is yet to be called upon to bowl by Mumbai captain Sharma, but the all-rounder has been consistent enough with the bat to remain a key part of this Indians side. 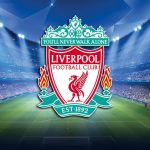 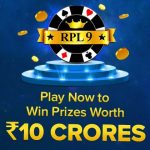