It looked like the Jazz wold join the Milwaukee Bucks and the Philadelphia 76ers in the Eastern Conference in forcing a Game 7 in their own second-round playoff series against the L.A. Clippers.

Utah took an early 25 point lead and was up by 22 points at the half, looking in complete control of the game. But then Terance Mann happened and now the Clippers are headed to their first ever Conference Finals appearance.

The Clippers are advancing to the Western Conference Finals for the first time ever 👏 pic.twitter.com/KS3sQXoPjh

Clippers Were Down by 25

Remember when the Clippers were down by 25… pic.twitter.com/kft2BAMpER

No team had ever erased a 20+ point deficit to win a series-clinching game in the last 25 season The Clippers were down 25 on Friday night, thus making their Game 6 victory the largest comeback win given similar circumstances.

Entering Friday’s game, the Jazz had a record of 232-1 over the last 25 seasons when leading by 25+ points at any point during a game. It’s now 232-2 after Game 6 as the Clippers erased a 25-point deficit to beat the Jazz and knock the league’s top seed out of the playoff race.

Terrence Mann (39 PTS) had the game of his life. 🔥 pic.twitter.com/2QfYogesUR

The main reason why the Clippers are in the Western Conference Finals for the first time is Terance Mann, who manned up in Kawhi Leonard’s absence in Game 6. Mann scored a playoff career high 39 points on 15-21 field goal shooting, including 7-10 from three-point distance while also contributing two rebounds, one assist, and two steals.

He joins LeBron James, Anthony Davis, Kawhi Leonard, and Paul George as the only players from Los Angeles teams to score at least 39 points in this year’s playoffs. Mann is the only player on the list not to play for an All-Star squad.

Mann scored 20 points in the third quarter as the Clippers cut the Jazz’s 22-point halftime lead to three points at the start of the 4th quarter. Those 20 third quarter points are the most by any Clippers player in a single quarter in the postseason.

Best in the West

For the title of “Best in the West” 🌵 pic.twitter.com/HT8Rgwvi1x

So now the West Finals are set and it’s going to be the no. 2 seeded Phoenix Suns taking on the 3rd seeded Clippers. The main storyline of this series is going to be Chris Paul and when he will be able to return to the Suns after contracting the COVID-19 virus.

The Clippers could be without Kawhi Leonard the rest of the way. Leonard suffered an ACL sprain and while the Clippers believe they dodged a bullet with Leonard avoiding a tear, he will still be subjected to further testing. The next 48 hours could be crucial in how the best NBA betting sites open the betting lines for the 2021 Western Conference Finals.

Game 1 is scheduled for Sunday, June 20 at 12:20 p.m. E.T. while Game 2 will be on Tuesday, also at the Phoenix Arena. The series shifts to Staples Center for Games 3 and 4 on Thursday and Saturday. If needed, Game 5 will be on Monday June 28th, Game 6 on Wednesday June 30th, and a possible Game 7 will be on July 2nd. 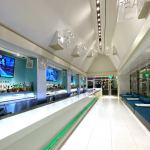 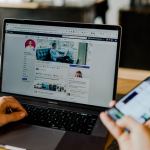