Last Wednesday, Vasilevskiy was named as playoff MVP but there was no doubt that Kucherov was the MVP of the post-game news conferences.

Showing up shirtless and drinking beer for the Zoom post-game event, Kucherov did not hold back in a legendary press conference after Game 5. He ranted about the voting for the Vezina trophy and the Montreal Canadien fans:

Nikita Kucherov not holding back in his post-game. Legendary press conference. pic.twitter.com/6hA9KvpgPE

And while it was Vasilevskiy who went home with the MVP trophy, Kucherov did not walk away empty-handed.

He may not have a shirt, but he’s got a contract with us. Welcome to the team @86Kucherov!

There will be no press conferences for this announcement. pic.twitter.com/u2j0czHahc

Because of his epic press conference, Kucherov caught the eye of beverage company Bud Light and they have signed him as one of their brand ambassadors. Bud Light confirmed the news on Friday with a social media post, where they announced that there would be no press conference ( for obvious reasons) to make the deal official.

The terms for Kucherov’s contract with Bud Light is simple, yet grand: Bud Light will ensure that Kucherov and his teammates will have the best championship celebration ever by supplying all of the beer at Champa’s Stanley Cup Parade on Monday. Aside from that, Bud Light will be giving away free 12-pack to fans in Florida as part of its Playoff Beerds Promotion.

As for Kucherov, the guy is leaving a dream right now with back to back Stanley Cup wins. With his 32 points in the playoffs, he also joined Wayne Gretzku and Mario Lemieux as the only players in NHL history to lead the playoffs in points during consecutive seasons. This year was special because he missed the entire regular season and played all five games of the Stanley Cup Final with a broken rib.

Despite winning their second consecutive NHL title, the Lightning have opened with just the third best odds to win the 2022 Stanley Cup at +700 at online Sportsbook SportsBetting.ag.

The Colorado Avalanche, who have been one of the best regular season teams in the league in recent years, have opened as the +500 odds on favorite to win next season. Colorado won the Presidents’ Trophy for most points during the regular season during the 2019-20 campaign. They were among the betting favorites to win the Stanley Cup this season but fell to the Golden Knights in the second round.

Vegas is second in the current odds boards at +600. The Golden Knights have been in the league for only four seasons yet they have appeared in the playoffs every year. Vegas made it all the way to the Stanley Cup Final during its maiden season and is coming off back to back appearances in the Conference Finals. 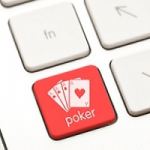 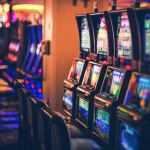