The next tennis golden slam will have to wait for at least another three years after Alexander Zverev ended Novak Djokovic’s bid to become the first men’s tennis player to accomplish the feat and the second overall to do it.

Zverev defeated Djokovic 1-6, 6-3-, 6-1 in the semifinals of the men’s singles tennis competition in the Tokyo Olympics on Thursday. With the win, the German will advance to the finals to take on Russian Olympic Committee’s Karen Khachanov for the gold medal. Djokovic meanwhile, will face Spain’s Pablo Carreno Busta for the bronze medal.

Graf Remains the Only Tennis Player to Achieve the Golden Slam

With Djokovic’s loss to Zverev, Steffi Graf remains the only player to achieve the “Golden Slam” — winning the four Grand Slam #tennis tournaments and the gold medal in a calendar year.#Tokyo2020 #Olympics pic.twitter.com/KJmufkBx4n

With Djokovic’s loss, Steffi Graf remains as the only tennis player to complete the Golden Slam. Graf accomplished her feat in 1988 when she was at the peak of her powers. Graf reached 13 consecutive grand slam finals from the 1987 French Open through the 1990 French Open and won nine of them, including seven of 8 in the calendar years 1988 and 1989.

Graf was ranked world number 1 for a record 377 weeks or more than 7 years. That’s the longest time any player-male or female, has been the world’s top-ranked tennis player since the ATP and WTA began issuing rankings.

Djokovic meanwhile, is the longest men’s world no. 1 ever at 331 weeks and counting. Even at 34, Djokovic is still playing at a high level. If the Djoker can we world no. 1 for another year, he will eclipse Graf on top of that leaderboard. But given his age, Djokovic may have missed his only chance at the Golden Slam.

Next Up: Calendar Slam

4 Grand slams are played in a year;

Vying to become the first man in 52years to win all four Grand Slams in a year — Calendar slam⌛ pic.twitter.com/JDrNK2N2Aw

But while Djokovic may have said goodbye to his dream of winning the Golden Slam, he is still on course to become the third men’s tennis player overall and the fist since Rod Laver in 1969 to accomplish the Calendar Slam.

The Calendar Slam is like the Golden Slam only without the Olympic gold medal. When Don Budge in 1938 and Laver in 1962 and 1969 completed their calendar slams, it was a non-Olympic year which means they had no shot at the Golden Slam. That’s what made Djokovic’s run special. Still, if Djokovic can win the U.S. Open next month at Flushing Meadows, he will still enshrine his name in tennis history.

Djokovic is the betting favorite to win the U.S. Open men’s singles tournament. At the BetOnline App, the Serb is a huge -110 odds on favorite with Daniil Medvedev, Dominic Thiem, and Rafael Nadal tied for second at +600. Being five set wins away from Olympic gold makes his defeat a tough swallow to pill for Djokovic, But there are still more record to be broken. Not only will he accomplish the Calendar Slam with a U.S. Open win, he will also pass Roger Federer and Rafael Nadal for the most men’s singles grand slam singles titles ever. 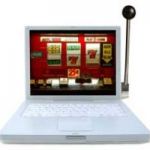 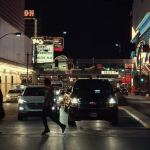