The Indiana Pacers are off to an excellent start in the 2020-21 NBA season. At 4-1, the Pacers are tied with the Orlando Magic for the best record in the young season. However, the Pacers will have to work double-time to keep their lofty spot as they will be without forward T.J. Warren indefinitely due to a foot injury.

According to a report from ESPN, the 27-year old Warren will be undergoing surgery to to correct a stress fracture on his left foot. In a statement on Thursday night, the Pacers described the procedure as “repairing a small navicular fracture”.

Injury Update: T.J. Warren will undergo surgery to repair a small left navicular stress fracture. He will be out indefinitely and updates will be provided as warranted.

T.J. Warren went to a local Raleigh gym to play a pickup game before facing UNC during his freshman year—and then dropped 19 off the bench.

Warren was the 14th overall pick of the Phoenix Suns in the 2014 NBA Draft. After playing six seasons for the Suns, he was moved the Pacers in July 2019 as part of a three-team deal that included the Miami Heat. Essentially, Warren was included in the package so that the Suns could sign Ricky Rubio. For the Pacers, it was a blessing in disguise.

He continued his progress in Indiana and finished the 2019 season with a career high 19.8 scoring average. Warren led the Pacers in scoring in 27 out of 73 regular season games and became the young team’s leading scorer. But it wasn’t until the season restart in Orlando where he blossomed into a star.

The former UNC State standout was the bubble’s breakout baller and the Pacers’ driving force in their playoff run. Warren averaged 31.0 points on 21.3 shots per game, 6.3 rebounds, 2.0 assists, 1.3 steals, and 1.2 blocks per game in 36.7 minutes of playing time in six seeding game. Warren was named to the All-Bubble First team and before averaging 20.0 points, 6.3 rebounds, 3.0 assists, and 2.3 steals per game in four postseason games.

The Indiana Pacers are cruising into 2021. The Pacers defeated the Cleveland Cavaliers 119-99 on New Year’s Eve to finish their year 2020 calendar year campaign on a high note. Online sportsbooks currently have the Pacers with the 2nd best odds to win the Central Division at +1200, a far cry from favorite Milwaukee’s -1450 odds, but at the end of 2020, they are 4-1 and in sole possession of the divisional lead.

Indiana is also a -220 favorite to make the playoffs at Bovada despite the fact that they only have the 7th best odds to win the East at + 5500 and are also a longshot +8000 to win the 2021 NBA title. However, with Victor Oladipo starting the season healthy, this is a season where the Pacers could honestly gauge where they are in the list of elites in the NBA.

Oladipo and Domantas Sabonis have both been both productive and healthy to start the season. Both All-Star players and former Rookie of the Year Malcolm Brogdon are averaging at least 20-points per game to start the year. Warren was still adjusting to his role with Oladipo back but was averaging 19 points per game in his last three games before hitting the injured list. The Pacers will for sure take a hit with his absence. They can only hope that Warren will be back in the soonest possible time. 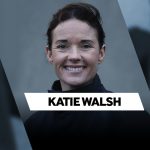