We had some great racing over Christmas, with Willie Mullins and Paul Townend having an unbelievable time of it.

They didn’t win the Savills Chase, though – that went to A Plus Tard, who flew from the clouds to get up on the line. Prior to the race, you wouldn’t have picked the first three, especially with the likes of Minella Indo in the race.

Despite failing to get around, he’s still the biggest danger to Al Boum Photo in the Gold Cup in my opinion. Falls happen to horses all of the time, so I wouldn’t lose faith in him just yet.

Make no mistake though, Al Boum Photo, who did what he had to do at Tramore yesterday, is still the one to beat.

Flooring Porter was a little bit of a shock winner in the 3m Christmas Hurdle. He went from the front and none of them could catch him. It’s much easier to do that around Leopardstown than at Cheltenham in the Stayers’ Hurdle, so he may have his work cut out if they do decide to go there.

The other horse who really impressed me was Monkfish – he was superb. He’s a big horse and has plenty of talent to match his size. He jumped well, and when Latest Exhibition came to him he just went away again.

My 4 To Win picks on Saturday

I’ve got to stick with Venetia Williams’ horse, Ibleo , in the first leg.

He’s been running well in better races and is very consistent too. He seems to go on any ground and is a good jumper.

This race looks a good opportunity for Illegal Model to get off the mark for the season.

He’ll love the ground – it’s what he won on at Lingfield last season. I thought he ran well at Sandown last time and that race looked a little bit deeper than this one.

He also has Brian Hughes on his back who, as ever, is riding so well.

You could choose a few in this Veterans’ Chase – they’re always so tough to find a winner.

I’ve plumped for Potters Legend  who has been in good form this season, winning one and finishing a very good second at Cheltenham last time.

He stays all day and the test of Sandown should suit him down to the ground. He should be doing his best work from the back of the pond fence to the line.

I was impressed with the way that Friend Or Foe dotted up at Wincanton last time, and he might finally start showing the potential that his trainer saw in him before he first ran.

He’s slowly starting to improve. He seemed to love the soft ground last time out and he’ll love it if the rain falls at Sandown. 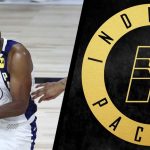 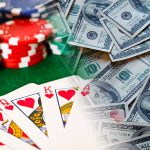