Back in August, news broke that Paige VanZant was making the move to Bare Knuckle Fighting Championship. It was surprising news for fans to hear. Paige was a star in MMA and bare-knuckle boxing is seen as a somewhat fringe combat sport. News has just broken that Paige VanZant’s BKFC debut has been scheduled for February 5th.

VanZant is one of the biggest stars in combat sports right now. She’s likely BKFC’s most popular signings, as well. Today, we’re going to talk about what to expect when she competes in this new fighting promotion.

The Next Bare Knuckle FC Event Takes Place Next Week!

The popularity of combat sports is at an all-time high right now. Much of this is thanks to the UFC’s return back in May. After months of being shut down, officials within the promotion finally came up with plans to host events in Jacksonville, Florida. UFC events are now taking place on a regular basis.

The Bare Knuckle Fighting Championship is still a fairly new combat sports promotion. It was founded in 2018 and has worked hard to sign big-name fighters to its roster. There are now a number of former UFC fighters competing in BKFC including Thiago Alves, Artem Lobov, and Gabriel Gonzaga.

In late July, this promotion returned with a card in Oxford, Mississippi. It followed that up with another event on September 11th in Daytona Beach, Florida. On November 13th, BKFC is slated to return once again with an event in Kansas.

Many fans are flocking to different online sportsbooks such as Bovada to place their bets on these events. Oftentimes, the odds for these bare-knuckle fights are better than traditional combat sports! Feel free to check this site out today and see which BKFC odds are being provided.

News has just come out that the promotion’s biggest signings will be competing early next year.

It takes a wild, dedicated person to start a new combat sports promotion. Those adjectives can certainly be applied to BKFC’s promotion, Dave Feldman. He’s faced an uphill battle with this new promotion, yet things seem to be going well.

As we mentioned earlier, Paige VanZant announced she signed with BKFC back in August. No one expected she would make the move into bare-knuckle boxing. Most figured this promotion offered her more money than any other.

Dave Feldman spoke to the media this week about Paige VanZant’s BKFC debut. He claims that they are currently targeting Super Bowl weekend for her first bout.

It’s an interesting move to wait so long. It seems possible to book Paige on one of the cards scheduled to take place over the next two months. Super Bowl weekend draws media attention, however, and it seems that Feldman wants to steal some of the spotlight with Paige VanZant.

It’s still unclear who Paige will be facing in her debut. Most agree she’ll be thrown straight to the top of the featherweight division. Stay tuned for more updates!

There have been many massive combat sporting events take place over the past few months. MMA and boxing seem to be gaining more fans on a regular basis. The action won’t stop in November and fans have already been making bets on some of the events this month.

Mixed martial arts fans have been gearing up to watch UFC 255 on November 21st. This card will feature two exciting title fights. All online UFC betting sites are listing heavy favorites for both of these bouts.

In the main event, Deiveson Figueiredo is listed as the -280 favorite to beat Alex Perez, entering as the +220 underdog. Valentina Shevchenko comes in as the massive -1400 favorite against Jennifer Maia, who is currently listed as the +750 underdog.

Boxing fans are gearing up for the massive welterweight clash between Terence Crawford (-1800) and Kell Brook (+850) on November 14th. Crawford is considered one of the best boxers alive right now. Brook has taken some tough losses over the years and will need to have the performance of a lifetime to get the win.

We’ll need to wait a little longer to see Paige VanZant’s BKFC debut. When she does fight, it will certainly draw in new viewers from around the world.

Are you excited to see VanZant competing in Bare Knuckle FC? Who do you think she should face? Let us know in the comments section below! 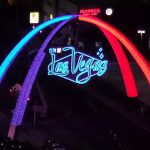 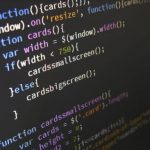