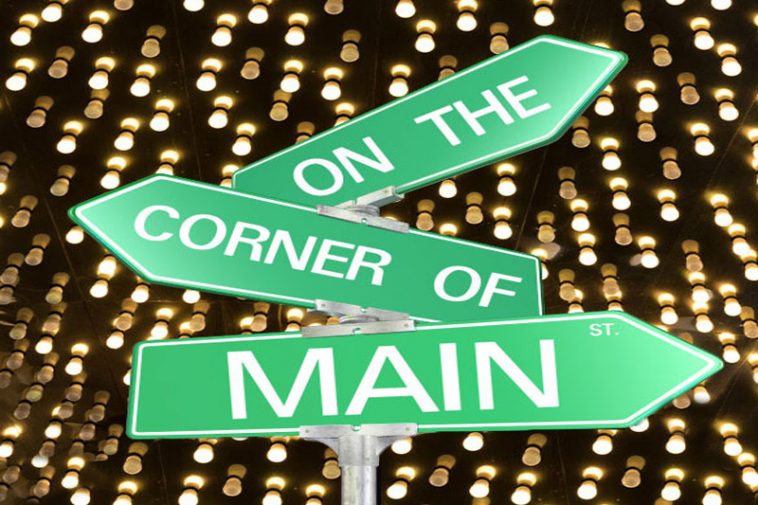 There are quite a few Las Vegas podcasts, but there’s one that’s quickly become one of our favorites, and from a surprising source: Downtown’s Plaza casino.

The show, On the Corner of Main Street, just released its 30th episode, and the show has already had some fascinating guests, including its most fascinating, us.

Yes, we talked to them about the name. Apparently, “we are not the boss of them.”

There are several reasons Plaza’s podcast is so good.

First, the casino’s CEO, Jonathan Jossel, is one of the co-hosts.

Jossel can obviously share insights into the world of Las Vegas others can’t, but he also knows a lot of people and that pull means the show’s guests are top notch. Our appearance notwithstanding. Oscar Goodman at left, Jonathan Jossel right, in the “Back to the Future” vest. Long story.

Our episode was #10, in case you’re suffering from insomnia.

Plaza’s podcast doesn’t balk at inviting “competitors” on. Can you imagine MGM Resorts or Caesars Entertainment inviting representatives from the other company on their podcasts?

Of course you can’t. They don’t have podcasts. Because they’re missing the boat.

Well, Plaza is rocking the boat, and other casinos had better pay attention.

Another reason Plaza’s podcast is awesome is it’s honest. The hosts, and especially Jonathan Jossel, don’t dance around sensitive subjects. Anything awkward, about Plaza or Las Vegas, is approached head-on.

The show avoids many of the traps corporate podcasts make. Primarily, the show isn’t selling anything.

This is the art of marketing without marketing, and it’s the future. Provide value and people will reward your efforts with their business and loyalty. Each episode of the Plaza’s podcast is a treasure trove of Las Vegas trivia, insights into the casino business and a deep dive into the buzz about downtown Las Vegas.

Every episode is filled with absolute gold you won’t hear anywhere else, like the fact Plaza wanted to be the home of “Puppetry of the Penis.”

In episode 28, guest Patrick McNeil of Faile, shares insider gems about how Plaza ended up with its big-ass murals.

We also learned (episode 25) the Greyhound station at Plaza has consistently been the biggest source of Metro calls in all of Clark County and Jonathan Jossel can’t wait to give them the boot.

Guest Mike Nolan (episode 23) shared a story about how El Cortez owner Jackie Gaughan used to keep gas and jumper cables in his car to assist guests in need.

Another recent guest (episode 29), Michael Parks of CBRE (a real estate company involved with all the biggest Las Vegas casino sales), shared the latest about trying to sell Tropicana. Parks also says leaks about casino sales are tricky and confidentiality is “vital.” We are so proud our scoop is one of the causes of such discomfort.

Also in that episode, Jossel shares there was a plan to convert the Las Vegas Club into residential and retail. The plan included a CVS, which presumably inspired Derek Stevens to buy the hotel to make way for his recently-opened casino, Circa Las Vegas.

The show’s co-hosts have spoken candidly about the challenges of the pandemic, and a wide range of other topics other (lesser) corporate podcasts would avoid or gloss over.

Plaza’s podcast doesn’t have to dodge anything or run its content through some P.R. filter. The CEO is on the flipping show, and he says what’s on his mind. (The accent is mostly British, by the way. Jossel grew up in the U.K.) Random shout-out to Pop Up Pizza at Plaza, a hidden gem.

The revelations are seemingly endless, and every new installment brings new jaw-droppers. The conversations are lively, often funny and always entertaining.

Plaza’s podcast joins our list of favorites, including 360 Vegas Podcast, Tipping the Odds Las Vegas, Vegas Never Sleeps and others.

Vegas podcasts are a great way to stay connected to Las Vegas even when you’re not in Las Vegas, so tune into Plaza’s “On the Corner of Main Street” podcast. Find it on the Apples and elsewhere. Or download or stream or whatever weird thing you’re into. Trust us, “tuning in” used to be a thing. 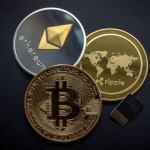