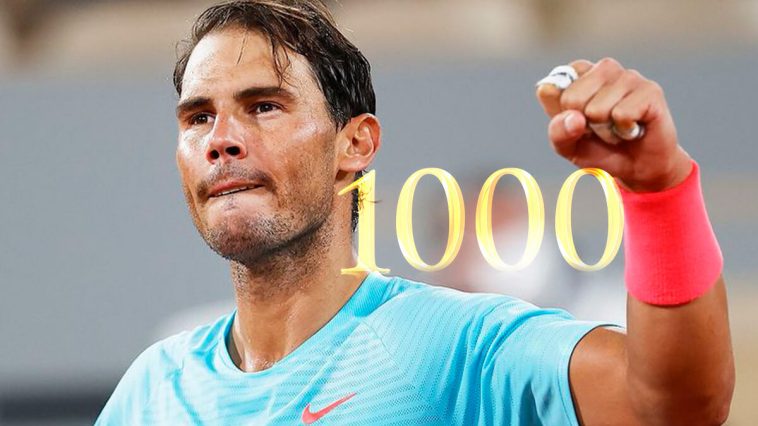 Less than a month after matching Roger Federer as the only men’s tennis players to win 20 Grand Slam singles titles, Rafael Nadal joined his longtime rival in another elite company of tennis players.

The biggest bite yet 🤤

“[Winning 1,000 matches] means that I am old. That means that I played well for such a very long time because to achieve that number is because I have been playing well for a lot of years and [that] is something that makes me feel happy.”

Playing Well for a Lot of Years

Nadal’s first ATP victory came in May 2002 when he was just 15 years old. Ranked below 580 at that time, he defeated then 81st ranked Ramon Delgado of Paraguay in the first round of his hometown tournament, the Mallorca Open. That victory earned Nadal his first 15 ATP points.

Eighteen years later, Nadal has won over $180M in prize money, 20 Grand Slam singles titles, 35 ATP Tour Masters 1000 tournaments, 21 ATP Tour 500 titles, and two Olympic gold medals. In addition, he has held the no. 1 ranking for a total of 209 weeks, including the year-end no. 1 ranking on five different occasions.

Nadal picked up his 1,001st victory on Thursday when he defeated Australian veteran Jordan Thompson in straight sets. He now heads to the Paris Masters quarterfinals against Pablo Carreno Busta where he is a massive -654 odds on favorite against his compatriot who is currently listed at +514.

These two Spaniards are not unfamiliar with each other. Nadal and Busta have met six times before and Nadal has won all of their head to head meetings. The pair last met at the ATP Masters 1000 in Rome and Nadal won the match in straight sets.

Barring any unfortunate incident, Nadal is expected to march into the semifinals. Looking farther ahead, the Paris Masters is one of the few titles that has evaded Nadal. He has yet to win this event in seven tries but could end that drought this year.

According to the latest odds board from SportsBetting.ag, Nadal is the -110 betting favorite to win it all with no. 3 Daniil Medvedev coming in second at +500.

Five of the Top 10 seeds are still in play on Friday’s quarterfinals but Nadal has an impressive career 172-92 record against the world’s Top 10 players. That’s a win rate of 65.2 so no doubt he’s favored in Bercy.

At age 34, Nadal is still the no. 2 ranked tennis player in the world. He is coming off a record 13th French Open title, losing only seven games on his way to the championship. The win was his 20th Grand Slam, equaling rival Roger Federer’s mark for the most Grand Slam singles titles. And he’s far from done.

Steve Richardson started writing content online in 2013 and has yet to slow down. Since joining our team at GamblingSites.org, he has covered sports, casino news, gambling laws, and much more! …

View all posts by Steve Richardson 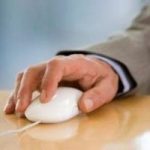 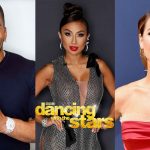