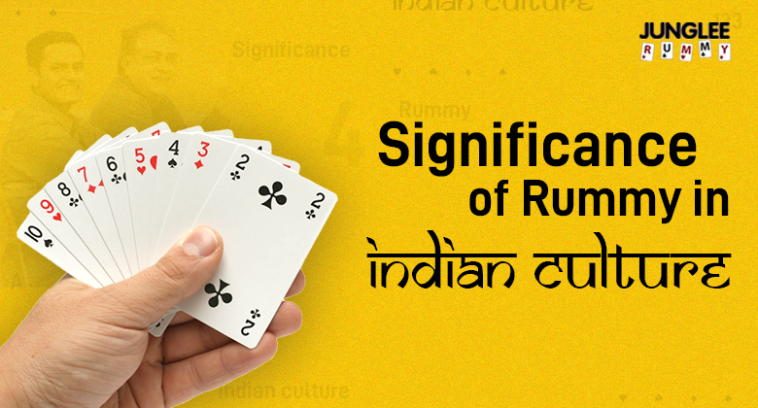 India is a country that has a rich cultural heritage and diversity. Yet, there are multiple things that unite us and keep us embedded in our culture. Loved ones gather around and enjoy every little thing they know of, including playing card games such as rummy.

Rummy is a simple card-matching game played all over the world. For many of us, it is not just a game but a tradition. It’s been a custom for people to use physical cards or play rummy online for several hours at a stretch.

There are multiple factors that keep Indian rummy deeply rooted to our culture. Let’s take a look at the significance of rummy in Indian culture.

When and where was rummy first played?

Before we unravel the cultural weight of rummy in India, it is important to decode its origin. However, the origin of this wonderful card game remains obscure to this date. Nevertheless, there are multiple speculations surrounding the inception of rummy.

One such popular theory is that the game is inspired by a Mexican game called conquian. This card game involves sorting and matching cards, which is the ultimate objective of rummy games.

Another widely cited theory states that rummy was first played in Spain. Some Spanish immigrants took the game with them and spread it all over the world, including India.

According to an Asian theory, this game is highly inspired by a Chinese game called mahjong. Mahjong involves drawing and discarding tiles, which are important steps for creating combinations in rummy. It is believed that mahjong came to India and paved the way for Indian rummy.

How did rummy become popular in India?

When rummy first came to India, it immediately captured the attention of card lovers. The game was very easy to learn and play. Shortly after, it became widespread all over the country and evolved to make way for Indian rummy.

The Indian version of the classic rummy game is played using 13 cards. The objective of this game is to sort and arrange cards into different combinations such as sequences or sequences and sets. The player who makes a valid declaration first wins the game.

Being a fast-paced game, rummy offers an exhilarating experience to each player. The thrill of arranging cards and making a valid declaration before anyone else brings an adrenaline rush, thus making it more fun and entertaining.

Due to these factors, this game rose to popularity in the mid-19th century. Since then, no occasion has been deemed complete without a game of rummy.

What are the different variations of Indian rummy?

As mentioned earlier, Indian rummy is the modified version of the classic game. It is played by two to six players using 13 cards each. At least two sequences are required to make a valid declaration, out of which one must be a pure sequence.

Another popular version of this game is 21-card rummy or marriage. As the name suggests, this game is played with 21 cards and is somewhat similar to Indian rummy.

What is the current status of the rummy game?

In recent years, there has been a substantial increase in the number of rummy players. This feat can be attributed to the rise of its digital version called online rummy. It is quite similar to the actual game and more exciting too!

Online rummy can be played in different formats and variations including free and cash games as well as tournaments. Rummy tournaments are an explosive format of the game that gets a good reception from card lovers. These tournaments offer incredible opportunities for players to win cash prizes and other exciting rewards such as cars, motorbikes, laptops, and smartphones.

Millions of card lovers go for a rummy game download or register themselves on a reliable site to play their favorite game all day long! In a nutshell, rummy has influenced people all over the world. Having always been the #1 card game in India, it has now started dominating the online gaming industry too. It will be quite interesting to see what the future holds for this game. We know for sure that it’s going to be a bright one!

Significance of Rummy in Indian Culture originally appeared on JungleeRummy.com 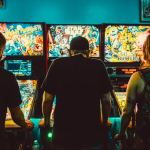 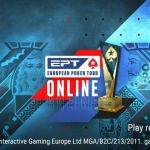