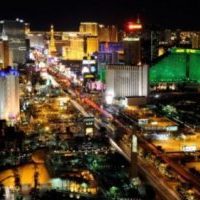 This week’s gambling news looks at all the new Las Vegas casinos coming over the next few years! That includes two from Station Casinos, one with an NBA arena, another themed after video games, and a big blue eyesore that’s been sitting empty on The Strip for years!

Hello friends! And welcome to This Week in Gambling! I’m J.Todd, and I just got back from Las Vegas in time to enjoy the big 4th of July weekend. Plus, the casino strike in Atlantic City has been averted, so this week’s big story is all about the continued growth of Las Vegas, where things are always changing.

Gone are the icons of the past like The Sands, The Dunes, and The Desert Inn… The Stardust, Riviera, and Aladdin. Over the past several years, Las Vegas has added the new Virgin Hotel and Casino where the Hard Rock used to be… and the Resort’s World Casino where the Stardust used to be… but those were just the beginning of the changes. You may have heard that The Mirage was sold and will become the new Hard Rock… or you may have heard that Bally’s will be re-branded as the Las Vegas Horseshoe… or even perhaps that The Tropicana was sold and could become the new Bally’s… but did you know that there are at least six new Las Vegas casinos over the next couple of years?

Fontainebleau, that big, blue embarrassment of a building that’s been sitting empty on the north end of the strip for over a decade, should be open by the end of 2023. And on the south side, they just broke ground on the new Dream Las Vegas close to the airport, which should be open by the end of 2024. Meanwhile, Station Casinos have also been busy with the new Durango Casino, set to open off The Strip, and the new Wildfire Casino, set to open downtown near Fremont Street. Both properties should be up and running by the end of next year.

Perhaps the most intriguing of the new Las Vegas casinos is the new Atari Hotel, themed after video games, which would focus on virtual reality and esports. But don’t get too excited just yet. I mean, they haven’t even picked a place to build it yet!  Plus, let’s not forget that Golden Nugget owner Tillman Fertitta is interested in buying land near the Aria Casino. And a brand new resort that doesn’t even have a name yet has just broken ground on the south end of The Strip, near the Las Vegas Raider football stadium. That new resort is rumored to have an “NBA Ready” arena attached to it.

Las Vegas has been able to entice professional hockey and football teams to their city. And with talk of a basketball arena with one of the new Las Vegas casinos, so I suppose it’s not really a surprise that a Major League Baseball team is thinking of relocating there. The Oakland Athletics are in need of a new stadium, and if they can’t get one where they are, they seem perfectly willing to move to Las Vegas… where the money is. And the League seems to be cool with it, so when it comes to a new stadium, perhaps the old adage is true: If Vegas builds it, they will come… Maybe

This week’s game review is for the Ark of Mystery online slot, a five reel, 20 payline game from our friends at Quickspin! It features wild symbols, Wild Ark re-spins, and a multiplier booster feature! You can find this review, along with hundreds more, when you visit our YouTube channel. 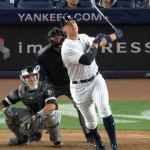 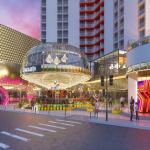