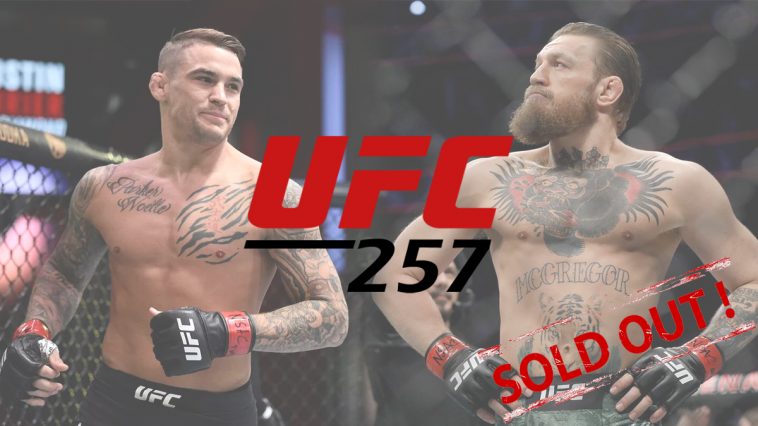 On January 23, the UFC is set to put on one of its biggest Pay-Per-View events in years. Incredibly, a limited number of fans will actually be allowed to attend the big fights. It’s not a huge surprise that tickets to UFC 257 have already sold out, though.

Conor McGregor remains the biggest star in MMA. Just about all fans of the sport are excited to see him competing again. Unfortunately, most will be unable to do so live, in-person. Today, we’ll talk about some of the last-minute details of this event heading into fight night.

McGregor vs. Poirier: Location, Start Time, How to Watch

Conor McGregor last fought on January 18, 2020. On that night, he took on fan-favorite Donald Cerrone. Many fans felt it would be a competitive matchup between two elite-level strikers. In the end, however, Conor needed just 47 seconds to finish Cerrone with heavy strikes on the ground.

After the win, “The Notorious” told the media he wanted to stay active. Reports of a “McGregor Season” began to circulate and it seemed likely that he would compete at least three times over the course of the year. Of course, things began to fall apart around the world in March and Conor never ended up fighting again in 2020.

On January 23, he’ll finally make his return bout in a rematch with Dustin Poirier in the main event of UFC 257. This fight is taking place at “Fight Island” in Abu Dhabi. The UFC has secured this island to host events featuring fighters from around the world.

UFC 257’s first fight is set to begin at 3:30 pm Pacific Time. The main card will officially kick off at 7 pm Pacific Time. You can expect the main event between McGregor and Poirier to begin sometime around 10 pm.

Like all other UFC Pay-Per-View events, this card will be offered like on ESPN+. To the disappointment of many fans, the UFC has once again raised the price of its PPV’s to $69.99. An annual subscription to ESPN+ has also increased to $59.99.

This is a massive event featuring two world-class lightweights. A few lucky fans will even be able to watch it inside the arena. If you haven’t already booked your tickets, however, you’re now out of luck.

Reports Confirm Tickets to UFC 257 Have Sold Out

UFC 257 is a huge event for MMA fans. Every time Conor McGregor steps into the cage, it creates a spectacle. Officials within the UFC are now working to make this event as big as possible in every single way.

Many were shocked to hear that the UFC was allowing a “limited number of fans” to attend UFC 257 in Abu Dhabi. Travel restrictions remain in place around the world. Many felt it would be impossible for any fans to get access to a fight like this one. The Abu Dhabi Department of Culture and Tourism confirmed the news earlier this week.

“The triple header will see three mega-fights, utilizing Abu Dhabi’s proven ‘safe zone’ concept to protect the health and safety of all delegates, spectators, crew and media,” the government body wrote in a statement to the media.

As you might expect, these tickets didn’t stay available for long. Reports have confirmed that tickets to UFC 257 have officially sold out. These tickets began at around $216 USD and maxed out at $1,360 USD.

Those hoping to secure tickets to UFC 257 can no longer do so. Interestingly, there are still tickets available for the shows on January 16 and January 20. These are two exciting cards featuring several world-class fights.

In some ways, allowing fans to attend the events on Fight Island is an experiment. If everything goes well, the UFC could find an effective way to begin earning revenue from its live gate again. Don’t expect to see packed arenas in the US anytime soon.

Each of the three UFC events on Fight Island is expected to be fantastic. Many hardcore fans are looking forward to the one taking place on January 16. This card features a great main event between Max Holloway and Calvin Kattar.

BetOnline, one of the best UFC betting sites in the US, is now offering some fun new prop bets on this event. Many of them focus on the main event. Some fans even feel these prop wagering options offer better opportunities to win big than simply wagering on individual fight winners.

Another fun prop bet is on how either fighter manages to win. Odds of +450 are set for Max Holloway to get a knockout finish. Interestingly, odds of +375 are set for Calvin Kattar to do the same.

Fight fans have less than two weeks before the first Fight Island event begins. Tickets to UFC 257 are no longer available, yet there’s still time to book your last-minute ticket to one of the other cards taking place!

Are you surprised the UFC is letting fans attend the fights this month? Which card are you looking forward to the most? Let us know in the comments section below.

Tickets to UFC 257 Are Already Gone! originally appeared on GamblingSites.org 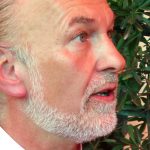 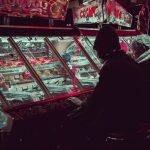