What more can be said about last week’s racing?

The Dublin Racing Festival was absolutely outstanding. It was savage racing from the first race on Saturday to the last race on Sunday.

Gaillard Du Mesnil was a good winner in the first and I suspect he’ll be very hard to beat in the Ballymore at Cheltenham, priced at .

He wore a hood which was unusual for one of Willie’s. He travelled well, moved up nicely and won with plenty in hand.

I was also very taken by second-place Gentlemansgame, who looked a lovely prospect. He’s one to take from the race as he’ll be winning plenty in the future. He’s a big stamp of a horse and is only five, so his best days are ahead of him.

I wouldn’t be surprised if we didn’t see him again this season, as Mouse (Morris) will only do right by the horse.

I have to say, while I’ve not been too impressed with him this season, I’m now completely sold on Chacun Pour Soi. He was electric last Saturday.

It was a career-best performance and I was in awe after the race. He travelled well, jumped like a stag, and was head and shoulders above his rivals. It’ll take something special to beat him at at Cheltenham in the Betway Queen Mother Champion Chase.

I thought second-place in hat race, Fakir D’oudairies, was also impressive. Mark gave him a lovely ride. He’s a super jumper – we know that from his novice season. He’ll be suited by a step up in trip and could head to the Ryanair Chase next, for which he is currently .

One of the races of the Cheltenham Festival is going to be in the Arkle, with the clash between Shishkin and Energumene who bolted up in the Irish Arkle.

I was so taken by the way Energumene jumped and the way he put the race to bed. He was getting better as the race went on.

The same can be said for Shishkin at Doncaster last time, so I think we’ve got a classic race to look forward to.

We saw a potential future superstar in Kilcrut. He’s an aeroplane!

Honeysuckle did what Honeysuckle does in the Irish Champion. She was a monster and thumped them into the ground. Rachael gave her an absolute peach of a ride, knowing she was on the best horse in the race. From a long way out, it was a one-horse race.

She got the 7lbs allowance, but she’d have won the race off levels and she’s a worthy favourite for the Champion Hurdle at Cheltenham next month.

In the bumper, we saw a potential future superstar in Kilcrut. He’s an aeroplane! It looked like he’d just joined in up the straight – he won doing handstands. It’s always exciting to see impressive bumper winners as these horses are the future, and it certainly looked like his is going to be bright.

On Sunday, Quilixios won the first Grade 1 of the day, but I don’t think the form is that strong. You can only win what’s in front of you, and I’ve no doubt he’ll be better over further in time, but this season, his stablemate Zanayihr looks much too good.

He is the one they’ve all got to beat in the Triumph Hurdle at .

I have to say, I thought Appreciate It was rather workmanlike in the Chanelle Pharma. He didn’t blow me away like he did at Christmas, but he won nonetheless and is the right favourite for the Supreme Novices’ Hurdle at Cheltenham.

Ballyadam finished second to him and was suited by the better ground. He might represent good each-way value at on better ground for the opening race at Cheltenham.

The performance of the weekend was undoubtedly Monkfish in the Flogas Chase. I absolutely love this horse. I said before that I didn’t think he’d get beat and, my word, was I right!

I’m so excited by him because he does everything so easily. He travels, he jumps, he quickens, he stays. He’s everything you want in a racehorse. I think the race all of us racing fans are looking forward to seeing is between Monkfish and Envoi Allen, which could come at Christmas.

The Irish Gold Cup wasn’t the strongest renewal, but all credit to Danny Mullins, who gave Kemboy a cracker from the front. He was the best horse on the day, and he won as he should.

There is a question over where he’ll run at Cheltenham, either in the Gold Cup or the Stayers’ Hurdle, but you’d have to think his owners might just be too tempted to stray away from another crack at the Gold Cup, which he is available to win at .

I was disappointed with those in behind, to be honest. Melon might be better dropping back in trip, Minella Indo seemed to be low on confidence and I wondered whether he was really in love with running over fences. Perhaps going back over hurdles could be an option one day for them.

Over at Sandown, it was great to see Native River get back to winning ways under a super ride by Richard Johnson. I was delighted for the Tizzards’, who have had a trying time of it this Winter, so for them to get back with a big winner was great to see.

If he turned up to Cheltenham in that form, he could run into a place in the big one at . 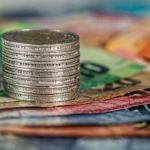 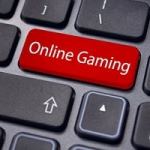