It’s a decent card at Navan on Sunday and it starts with the Ten Up Novice Chase. It’s been won by some good horses in the past and Dad even managed to win it with Foxrock a few years back.

I was so impressed with the way Coko Beach won the Thyestes Chase at Gowran Park last time out. He had the cheekpieces on for the first time and he improved massively.

He jumped savagely, travelled like a dream and won a competitive handicap with ease. I think he’ll win this well and he could end up in the National Hunt Chase at Cheltenham, where he could be the one to beat.

There was some buzz and hype around Ginto before he made is debut a Fairyhouse in January. Plenty were shocked he was beaten, but the winner has been out and run well at the Dublin Racing Festival since, so the form has been franked.

Ginto should be winning this race with ease, especially if he’s to be on the boat over to Cheltenham in a few weeks’ time.

It’s always good to see good race meetings get rescheduled when they are abandoned and Sunday’s card at Newbury is no different. It’ll be great to have some top racing to watch on Sunday afternoon.

I’m looking forward to seeing Lostintranslation in the Denman Chase.

He was superb last season and, while he never seems to enjoy the festive period as much as most, he does come good in the spring. He was gallant third in the Gold Cup last season and if he runs to that form again, he’ll take some stopping.

Mint condition has got top weight to shoulder, but he stays all day. Lily Pinchin takes 5lb off his back and that’ll be a big help.

Fury Road was a good third in the Albert Bartlett last season – a race that is working out so well. He’s a smart horse and these could be his ideal conditions.

Cadzand is fast improving. I was impressed with him at Kempton over Christmas and if he’s improved again, he could be very dangerous off his mark.

Ballymoy has run in some good races over the years and he’s often competitive. He hasn’t won for a long time but he gives his best and he was a good second at Doncaster last time. 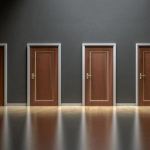 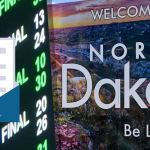