Despite the fact he was beaten last time out, I think Bangkok will win the Betway Winter Derby Trial for the second year running. He had to make his won running last time at Wolverhampton and that wouldn’t have suited him but if he can get a lead, I think he’ll be very tough to beat.

Ashington was very unlucky at Cheltenham in October when he was badly hampered where he was travelling very well. He stayed on to finished third that day, which was a good performance given the drama that unfolded in front of him earlier in the race.

He was very disappointing on his next start but has since moved yards and has the talented young Oakley Brown claiming 7lb off his back. If the ground keeps drying, I think he’ll run into a place.

I still don’t think we’ve seen the best of Third Wind, who looks like a good each way bet in the Cleeve Hurdle.

He is still only seven years old but has some good form in the book, including finishing a staying-on fourth in the Pertemps Final at Cheltenham in March. He loves soft ground and this race looks wide open and a good opportunity for him to run a big race in a grade contest. He’s better off at the weights with Main Fact too.

Third Wind is still improving and the lightly raced seven-year-old will enjoy the track, trip and conditions. I can see him running a big race in a wide open renewal of the Cleeve Hurdle.

Jan Maat was in the process of running a cracker in a similar race last time when he fell at the last. He could make amends in this competitive race.

Eaton Hill was a good winner at Doncaster in December but got disqualified. He was improving before that run and despite being upped 3lb, finds himself at the right end of the handicap.

The Moyglass Flyer has often give then impression that he could be a graded performer. This lightly raced seven-year-old has a very workable handicap mark that his connection will be looking to exploit. 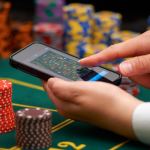 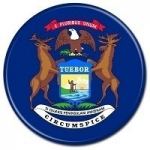