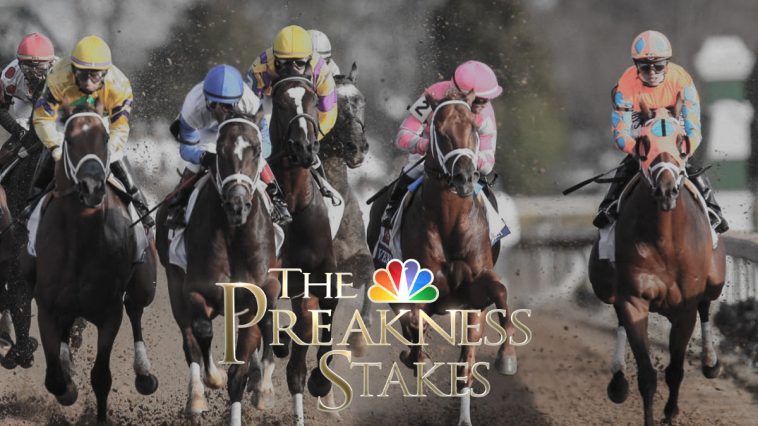 The 2020 Preakness Stakes will be run this Saturday at Pimlico to culminate the unique, once-in-a-lifetime, pandemic-altered Triple Crown series.

I will look at each contender in the post position order before I reveal my prediction and can’t lose Preakness Stakes lock of the century.

If you’re going to be betting on the race, be sure to check out the top horse racing betting sites.

On paper, Excession has no business being in this race. He has just one maiden win in the slop to his credit, and his best performance was a second-place finish in the Rebel Stakes in March at odds of 83-1.

I rarely dismiss a horse out of kind, but this one has absolutely no chance based on his past performances.

This horse ran a very respectable third in the Kentucky Derby, and he registered a nice 101 Beyer Speed Figure in the process. He doesn’t have any early speed, and trying to come from far off the pace in the Preakness is a tough task.

I can’t envision Mr. Big News on the front end, but you could consider using him in your trifectas and superfectas.

Art Collector was going to be the second choice on the morning line in the Kentucky Derby, but he was scratched due to a minor foot ailment.

He is coming into the Preakness on a five-race winning streak, including a smashing victory in the Blue Grass Stakes two races back. This Bernardini colt earned a 103 Beyer that day, and he validated that performance with an easy victory in the Ellis Park Derby.

This colt has a versatile riding style and good tactical speed, so he will be a force to be reckoned with on Saturday.

Swiss Skydiver is a filly that will be taking on the boys in the Preakness. Her last race was a second-place finish in the Kentucky Oaks, and three weeks before that she romped in the Grade 1 Alabama.

This filly posted a 102 Beyer in the Alabama, and she finished second behind Art Collector in the Blue Grass, so she can compete with top sophomore colts.

Thousand Words was my Kentucky Derby pick on the heels of his victory over Honor AP in the Shared Belief at Delmar. The 104 Beyer that he registered on that day was the thing that got my attention, and this is a $1 million Keeneland purchase that is trained by the best conditioner in the business.

He had an opportunity to rest up while some of the other top contenders competed in the grueling Kentucky Derby, and he has put in two solid workouts to prepare for this race.

The connections of this horse entered him in a $25,000 claiming race on May 8, and he was purchased as a yearling for $30,000. For those that may not understand how claiming races works, anyone could have bought the horse on May 8 for $25,000, so the owners were willing to take a loss on the horse.

He won that claiming race by six lengths, and they started to move him up the ladder. Jesus’ Team’s last outing was a third-place performance in the Grade 2 Jim Dandy at Saratoga on September 5.

As it turns out, the horse is actually outrunning his pedigree, but I think he is going to be way out of his league in the Preakness.

Ny Traffic got a lot of attention when he finished a nose behind Authentic in the Grade 1 Haskell at Monmouth on July 18.

He took a decent amount of money in the Kentucky Derby, but he finished a disappointing eighth at odds of 12-1.

He is listed at 15-1 on the early line for the Preakness, and I would expect him to go off at longer odds.

Max Player closed pretty well to finish fifth in the Kentucky Derby at odds of 20-1. This race since is 1/16 of a mile shorter than the Run for the Roses, and this doesn’t help a closer like Max Player.

However, if the pace backs up in the deep stretch, he has a chance to pick up some of the pieces to finish in the exotics.

Authentic is the 9-5 early favorite to win the Preakness, and why not?

He has won five out of his six races, with the only blemish being a runner-up performance in the Santa Anita Derby.

This Baffert trainee has already won $2.87 million, so he is the clear-cut class of the field. They have him to beat on Saturday.

Pneumatic posted a 98 Beyer Speed Figure in his last race, which was a win in the Pegasus at Monmouth.

He is on the improve, and his trainer is in the Hall of Fame, so he could surprise at a price.

This colt’s claim to fame is a runner-up finish about a length in front of Jesus’ Team in the Jim Dandy.

That race came up light from a talent perspective, and the 94 Beyer that he earned that day was the best of his career to date. I can’t recommend Liveyourbeastlife.

This race has four different horses with outstanding early speed: Authentic, Art Collector, Swiss Skydiver, and Thousand Words. Ordinarily, conventional wisdom would tell you to take a closer because the front runners will wear one another down.

I just don’t see any horse in this field that can run down a horse like Authentic from way behind, and I would actually say the same thing about Art Collector. I’m siding with Authentic because he has run against much better company than Art Collector.

On a serious note, I really think these two horses are the class of the field. I wouldn’t be surprised if they concede the pacesetting spots to Swiss Skydiver and Thousand Words and sit right behind them waiting to pounce.

I’m definitely going to play a 3-9 exacta box and feel confident doing it.

This is just one race on a very nice 12 race card. Every single race is a stakes race, so it is one of the best horse racing days of the year. There’s a lot of money to be won, so you may want to get yourself some past performances and spend your Saturday betting the horses.

NBC is going to broadcast the big race and the Black Eyed Susan that precedes it and their coverage will begin at 4:30 p.m. EST. 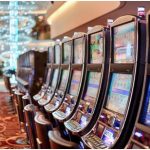 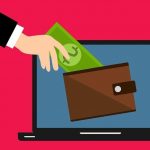