Recovery Run   is facing a big step up in class in the Zetland, but it’s wide open race so he might just have a squeak. He really toughed it out in a competitive nursery at Ayr last time and he shaped as though he’d want this extra distance, too.

Tactical   ran a good race in the Middle Park, but he was slightly isolated and I don’t think that helped him. The extra furlong in the Dewhurst should suit him well and I think he’ll run a good race. He’s a high-class horse.

Fivethousandtoone   also runs in the Dewhurst and if I knew he’d go on the ground I’d be confident of a big run. He’s a lovely horse who ran very well in the Mill Reef, which looks a very strong race. He’s in good shape at home.

Cleonte   has had an interrupted spring and summer with a slight niggle that had kept him off the track, but his comeback run at Salisbury has seemingly sharpened him up. He was third in the race two years ago and he could a good race again.

Diocletian   is a bit of an enigma. He’s got a lot of ability and does have the class to run a big race in this, but it’s just a question of whether the nature of the race will suit him. If he’s up for it, he’ll give Will Cox, who rides him in all of his work, a great spin.

Coltrane   obviously has strong credentials, too. He’s been a huge improver this season and was a very good winner of the Melrose at York on his latest start. The weight-for-age allowance is a huge help in a race like this, but he is drawn out wide, so it’s down to Oisin from here.

Classic Lord   won well at Pontefract last time out, taking his tally to two wins from three runs. He’s kept on improving and should love the ground, so I hope he’ll acquit himself well.

Johnny Drama   is having his first run back since having wind surgery, and while it can take a horse a few runs to get used to it we are pleased with him at home. His work has been good of late. We hope that procedure will improve him, and he could run well.

Good Birthday   has shown a good level of consistency in his last few runs. He ran well in the Cambridgeshire for the second year running and could run well now he is dropped in grade.

Kashi has been disappointing, but we have always thought he’d enjoy an extreme test in slow ground and that’s what he gets. I’m hoping this could be the making of him and he could run well, but it is a slight retrieval mission.

Juan De Montalban ran well but got a little bit tired on his comeback run last time out. He’s dropping back in trip, which I think will help him and I don’t think he’ll be too far away.

Natural History won very well at Chester on his return from a layoff, so we’re looking forward to getting him out again. He’ll like the conditions, so he should have a good chance. 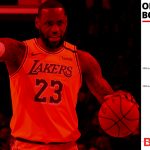 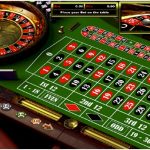