It’s the time of year where fixtures are getting abandoned left, right and centre. The temperature has dropped massively over here, so it’ll be surprising if there’s much Irish racing on for the next few days.

But it looks like getting warmer next week and we might see a fair bit of rain, which will be handy.

I’ve got to say, I’ve not been too impressed with the favourite Nassalam  in his two starts, despite the fact he’s won by a huge margin each time. That usually tells you more about the horses they’ve beaten than them themselves and that seems to stack up, the horse that finished second to him at Fontwell last time was pulled up on his next start.

With that in mind, I’m looking forward to seeing Houx Gris  run for Paul Nicholls. He’s a French import, who has already won two races over there, including on heavy ground at Auteuil. He’ll like the conditions and there have been a few murmurs that he could be quite good.

There are only four runners going to post for the Grade 2 at Kempton, but I’m surprised to see Riders Onthe Storm  the price he is. He was really promising when he was trained by Tom Taffe and was well fancied for the now none-existent Close Brothers Chase in 2019, but he fell halfway around.

Since moving to Nigel Twiston-Davies’ yard, he has started to show his full potential and won three races on the spin, including the Grade 1 Ascot Chase.

Two miles around Cheltenham wouldn’t have been his bag on his reappearance, so this step back up in trip will surely suit him and I think he’s got a great chance.

My 4 To Win picks on Saturday

It’s such a tough race this one, it’s needle-in-a-haystack stuff! I did think that the way Commodore  was moving through the race before he unseated last time was menacing enough. After getting weight from most of his rivals, could be the one.

His yard are in form and his rider Brian Hughes is riding out of his skin, which I must say, he always is!

Iconic King  is one of the most consistent horses in the field. Even when he gets beaten, he’s never too far away and his win at Wolverhampton last month is good recent form.

He likes to be played late and his running style will definitely suit Lingfield.

The Welsh National is never easy to find the winner of, but you couldn’t help but be impressed with the way Secret Reprieve  bolted up in the trial last time. He’s definitely been trained for the race and if they can pull this off, it’ll be some training performance to get him to win it as he’s so lightly raced.

He does have lots of ability though, so I don’t think it’s beyond him. His rider Adam Wedge is a superb jockey and his trainer Evan Williams is a real gent, so it’ll be great if they do win.

Despite being a little long in the tooth, Hunters Call  seems to have all of his old ability and this is the kind of race I can see him going very well in.

He’s such a strong traveller, this lad. He’ll be suited by the fast pace of this race. His fourth in the Greatwood Hurdle at Cheltenham in November is a stronger piece of form than most can bring to the table, too. 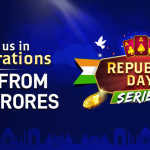 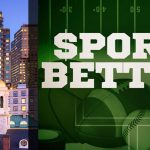