Create your own bet for Premier League matches with #BetYourWay by either building your own bet on site or tweeting us your request @betway using the hashtag #BetYourWay.

Here are four football tips that Will Rook thinks you should consider for Everton v Arsenal on Saturday.

Arsenal have picked up just two points in their last six league matches and are currently five points above the relegation zone.

Everton have beaten Leicester and Chelsea in consecutive matches and picked up 10 points from their last five.

A boring pick but, at odds-against, a sensible one.

Calvert-Lewin has scored 14 goals in 15 appearances in all competitions for Everton this season and is yet to go three games without a goal. It has been two matches since his last strike against Burnley.

Arsenal haven’t scored more than one goal in any of their last nine matches, and the only time they have managed it on the road was against Fulham on the opening day.

Everton have kept back-to-back clean sheets against Leicester and Chelsea and have conceded one goal in their last four matches.

Arsenal’s discipline has let them down this season and they are currently joint-bottom of the fair play table.

The Gunners have already picked up three red cards, the most recent of which given to Gabriel in their 1-1 draw with Southampton in midweek. 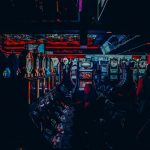 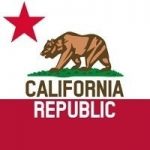