We kick things off with a very open Grade 3 Stayers’ handicap hurdle, where I fancy IMPERIAL ALCAZAR  to continue his fine run of form.

He’s won three of his last four, with the other a runner-up to Prince Kayf, and has proven himself in both soft and heavy conditions.

I think he should suit the step up to 3m but I’m interested to see how he copes in a much larger field. Regardless, he should go close for the reliable Fergal O’Brien and Paddy Brennan combination.

The eight-year-old is just a magnificent horse who has won on heavy, the AW, flat, hurdles and fences.

I’m optimistic he’ll battle it out among the places again.

I’m incredibly excited to see how LAURINA  does in her first outing since moving to Paul Nicholls’ yard.

She won her first six races and looked like a potential Grade 1-winning machine, but really didn’t take to fences and last season was a big disappointment.

She finished third in the Quevega Mares hurdle in February, though, which suggested there’s still life in this seven-year-old.

I tipped Lostintranslation when he won here last year, but I think the form will be reversed on Saturday.

BRISTOL DE MAI  simply is the king of Haydock after winning this race in 2017 and 2018 and running a blinder behind Santini in the Cotswold Chase in January.

It was a slightly disappointing run in the Gold Cup, but – back running at his fortress – I think he’ll match Cue Card and Kauto Star in winning this race for a third time.

We finish off with another open handicap, where I like the look of Kim Bailey’s FIRST FLOW .

The eight-year-old has had a terrific career with seven wins and four places from 15 runs – including three victories on the bounce.

Considering that his last three wins were by a combined 48 lengths, I think he’s ready to step up here in a tough field. 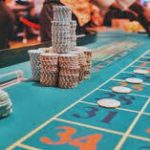 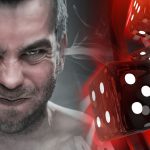